The banking sector plays an intermediary role in the economy through a process called financial mediation. In lay man terms this simply means mobilizing surplus deposits and lending to borrowers. Moreover, these deposits can be short term, medium term, long term, fixed or on-call. 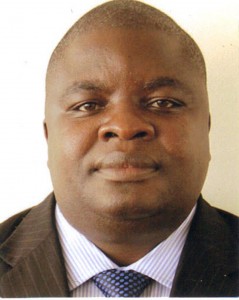 The majority of the $6 billion dollars annual deposits have been in the form of demand deposits, which means that depositors can withdraw them on demand at any time. In other words banks must ensure that they maintain healthy balance sheets to avoid a situation where liabilities exceed assets.

The whole banking system is therefore strictly regulated and supervised by the Reserve Bank in order to maintain financial stability and confidence in the banking system.

1. Indigenization
The bickering in government over the indigenization policy and the lack of consistency on this matter triggered panic from investors and depositors. You may recall thatÂ  Minister Zhuwao threatened all non-complying firms with forced closure or expropriation. This included banks.Â  At the same time Minister Chinamasa preferred a case by case approach to indigenization which sharply contradicted Zhuwao’sÂ  wholesale approach. In the end, the 2 Ministers issued out an ambiguous indigenization framework in January 2016.

In April 2016, ZhuwaoÂ  was at it again, issuing yet another threat to companies who had not complied. The net effect was capital flight. Yet it is abundantly clear that the indigenization policy has damaged economic recovery over a long period. It is the elephant in the living room because it scares investors.

2. Payment of war veterans transfers
Mugabe had to avert a potentially explosive situation and doled out $6.4 million dollars towards school fees for children of war veterans. I don’t have any problem with the payment of fees but my point is that government did not have this kind ofÂ  money. It dipped its fingers into depositors funds.

3. Tobacco Farmers
When the tobacco marketing season commenced, government commandeered all farmers to open bank accounts. The government then pounced on the banked funds to meet its recurrent expenditure which include the staggered payment of bonuses.

4. The Lima Agreement
Last year in Lima the capital of Peru, Chinamasa signed an agreement with the IMF, World Bank and AfDB wherein he undertook to pay the $1.8 billion dollar arrears within 3 months ( February, March, April 2016). Chinamasa had hoped that the repayment would unlock new funding. Of course this was a grave mistake. Government had to run like a headless chicken to look for the $1.8 billion dollars.Â  Government had to borrow from the banking sector and other sources.

5.Â  Real Time Gross Settlement (RTGS)
Government pounced on all RTGS funds at the Reserve Bank in order to pay its financial obligations. This had a huge impact on banking sector liquidity.

6.Â  Public Borrowing
Government has been issuing Treasury Bills now amounting to $2 billion dollars. The problem is that all the TBs were rolled over upon maturity. This seriously affected banks’ cash flows. In fact some banks were driven to the brink of collapse by the purchase of TBs.

7.Â  Illicit financial outflows
Corruption, lack of transparency and accountability, all roled into one, combined to perforate fiscal revenues. The $15 billion dollar heistÂ  from Marange is one typical example.

8. Poor revenue performance
ZIMRA revenue collections are dwindling every month because companies are closing. Growth is plummeting and there is a general slump in production. The economy has negative Savings.

9. Zanu PF Implosion
The infighting in Zanu PF has not helped the situation. In fact it has imperiled the functionality of government leaving the economy to freeze. The absence of an economic stimulus program has weakened growth. The boomerang effect is that the overall liquidity situation of the country is impaired.

Conclusion
Dollarization requires that the economy be opened to business without any hindrances. The supply of United States Dollars are from the following sources:

(1) official development assistance, which is not forthcoming because of the debt overhang,Â  and governance and human rights issues that have resulted in sanctions

(3) Lines ofÂ  Credit which have dried up

(4) Exports, which are depressed because companies are operating below capacity and the proceeds are
externalized

(5) Foreign Direct Investment which is not coming because of Indigenization and policy inconsistency.

At the end of the day we can see that through its omissions and commissions,Â  government is culpable for the current cash shortages. MDC rejects any scapegotting or red herrings.

The re-introduction of the Zim dollar means that government now has access to the printing press where it can then create superficial credit in the economy through seigniorage revenue revenues, a process which stokes hyperinflation. We are back again to the days of vodoo economics and financial engineering – all to the detriment of the economy.