A vexing question that has been asked by so many people over the long course of history is, 'what does it take to be a great leader?' 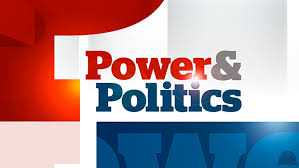 I do not believe that there can ever be an easy answer to that question, but at least we can attempt to break it down.

My opinion is that leadership qualities vary according to different fields and disciplines.

Leadership qualities required of a military general vary remarkably from those expected of a company executive.

Similarly, a great company executive may not necessarily be an exceptional politician, as the leadership qualities required differ.

Admittedly, there are leadership qualities that transcend all these varied disciplines and fields, such as the ability to organise and motivate people, being a great strategist, amongst a whole host of others.

However, there are some leadership qualities that are particular to that field or discipline.

A politician is someone who is in the public eye, and as such, is open to public scrutiny, criticism, and even ridicule and gossip.

Public scrutiny and criticism is justified, as politicians are normally elected by the people, and as such are answerable and accountable to them.

However, the public ridicule and gossiping – and even rumours – naturally come with the public figure territory, and can not be altogether avoided, no matter how squeaky clean one tries to maintain their reputation.

This is where very valuable leadership qualities, particular to politicians, come into effect – the ability to accept and learn from the scrutiny and criticism, as the electorate have every right to do so, and the politician is obligated to listen.

Another valuable leadership quality for a good politician is the ability to be mature enough to tolerate and withstand any ridicule and gossip – including rumours – about his/her personal life.

Failure by a politician in any one of these leadership qualities would be a clear sign that they are not mature enough for this filed.

Even if they may possess other leadership qualities, it would be clear that they may be better suited, maybe as a company executive or military general – but certainly not suited for politics.

As we all mark World Press Freedom Day, it is incumbent for all politicians to undertake a serious and honest self-inventory as to whether they have what it takes to be in politics.

They need to ask themselves if they are truly capable of tolerating and withstanding a media that rebukes, chides, ridicules them daily, and even carries a gossip or two about their personal lives.

I am not advocating for rumour-mongering – that is, the spreading untrue information – but a great politician should even be able to maturely handle such rumours through civil litigation without resorting to the arrest and persecution of those responsible.

Today, the media has exceedingly developed beyond the traditional newspaper, television and radio, but now include social media platforms, such as WhatsApp, Twitter, Facebook, blogs, and so much more Internet-based applications.

A government that is made up of truly mature politicians should be able to permit all these forms of media to operate without any hindrances.

The media should be left alone to openly and freely express the voices of the people – even if those voices are unflattering to the politicians.

In fact, as I mentioned earlier, politicians are obligated to listen to the voices of those that they are supposed to lead.

If any politician is not prepared to hear the cries, hurt, and even anger – which may be laced with insults – of the people, then he/she has no business in politics.

How else can that politician be genuinely concerned about the welfare of the people – and be willing to improve their lives – if he/she is not prepared to hear what is in their hearts?

Any politician who is not prepared to hear the despair and anger of the people should immediately step down.

The media should not be feared as a negative force that negatively influences people.

The people of the 21st century are not daft – they are knowledgeable and can not be so easily deceived by the media.

No wonder the public media has failed dismally in brainwashing the people of Zimbabwe.

There is so much information out there, such that it is now virtually impossible to successfully fool the people.

As such, the media is mostly a genuine expression of the desires, despair, and views of the people, rather than an instrument of indoctrination.

Therefore, the government should respect the views emanating from the media, as these are the voices of the people.

Every politician should respect those voices as a duty.

Any government that suppresses the media, is effectively also suppressing the people.

The people should, as a matter of principle, resist any government that suppresses the media, as such a government is also suppressing them.

The two can never be separated.

Therefore, let it be every Zimbabwean’s patriotic duty to protect the media, as by so doing, they are also protecting their own voices and rights.