THE story of the suffering of the people of Marange has not only shamed the image of community but of Zimbabwe as a whole, says Bishop Sebastian Bakare. 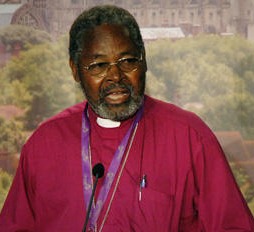 Bishop Bakare said this last week at the launch of a bookÂ titled â€œFacets of Powerâ€ Politics, profits and people in the making of Zimbabweâ€™s bloody diamonds, which narrates the brutality ofÂ the state on the people of Marange. Published by Weaver Press, the book was co-edited by Richard Sunders and Tinashe Nyamunda.

The retired Anglican BishopÂ said President Robert Mugabe and his administration were cursed for duping Zimbabweans.

â€œReading through the pages of this book, one cannot fail to understand the plight and struggle of the powerless peasants of Marange caused by selfish and the brutal elite with no regard and human dignity,â€ said Bishop Bakare.

The clergyman said instead of bringing development to the Marange community diamond mining by the state and the Chinese firms brought poverty instead.

â€œThe story of blood diamonds has however not only scandalised, shamed and destroyed the image of the Marange community alone, but also of the entire nation. The recent announcement of the disappearance of $15 billion affects us all since all natural resources should benefit the people and the entire nation.

In 2008, the state deployed soldiers in Chiadzwa and brutally drove away local villagers who were traditionally living in that area.

Government took over all the diamond mining activities and authorised the Chinese and the army to operate.

But after almost a decade of mining, President Mugabe is now saying that government did not benefit from the diamonds.

The veteran leader shocked the nation when he recently said government was prejudiced $15 billion in diamond revenue by companies which were operating in Chiadzwa.

Government recently shut down Chiadzwa saying it was taking over operations there through a consolidated firm. Villagers who were forced to make way for the operations remain poor and bitter over their situation.