Gweru based artists are questioning the role and function of the Ministry of Rural Development, Preservation and Promotion of National Culture and Heritage. They have accused the ministry of not focusing on their welfare and have urged Minister Abednico Ncube to consider and include the artists of the Midlands in all of the ministryâ€™s future undertakings. 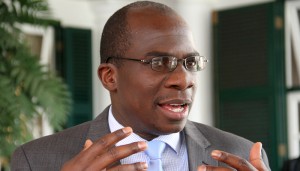 Artists and arts practitioners alike told this reporter that Minister Ncubu had shunned the Midlands region since taking office a year ago. During this time Ncubu had not made any effort to meet the artists and neither had he made courtesy calls to the area. This was in sharp contrast to contact and courtesy calls made by the proactive Minister of Sports, Makhosini Hlongwane.

The artists feel that the ministry is not doing anything significant to maintain and improve rural arts development. The following statement was issued by them regarding the alleged undermining of their province by the relevant ministry.

â€œAs Gweru artists we feel neglected. In my 61 years, I have never experienced such an uncaring attitude by a government minister. The first cut is the deepest and his initial approach speaks volume. Honestly, we never expected this kind of abandonment by arts and culture minister Ncube. He has not set a foot here since he was appointed. We were most surprised that he took the time to attend the primary school quiz competitions though,â€ said a renowned artist who gave this reporter a false name (Bitterness Mpofu) for fear of victimisation.

Mpofu urged the Minister to revisit his duties and responsibilities documents so as to stop misfiring.

â€œPerhaps he doesnâ€™t know that primary schools fall under the jurisdiction to Dr Dokora, whose Ministry is, by the way, equally abusive to artist seeking to showcase their talents. This is simply an encyclopaedic display of gross incompetency that warrants immediate action by whoever appointed him,â€ added Mpofu

A displeased visual artist told this reporter that, in his opinion, minister Ncube disrespects Midlandsâ€™ artists and that he should be educated and informed of his official job description and then proceed to carry out the tasks. The alternative is that Ncubu be recalled, resign voluntarily or join the education department where his obvious interests lie.

It appears that Ncube is more interested in dealing with education issues and that he seems to have no clue on how to address the plight of artists.

Statements regarding intensifying arts development programmes made by Ncube while addressing headmasters at Cecil John Rhodes primary have generally been dismissed by many as insincere talk and mere politics.

â€˜â€™His duties are not to represent his political party or the interest of primary schools. He is supposed to concentrate of what the ministry was designed for namely to promote and safeguard the welfare of suffering artists. He should concentrate on Rural Development, Preservation and Promotion of National Culture and Heritage business,â€ said one of Ncube’s many critics.

In an interview with journalists held at the school quiz, Ncube brushed aside all questioned posed to him by this reporter regarding the plights of the Midlands artists with the following: â€œWhich media house do you represent young man?Â  As for now, I will not entertain your questions and will respond to them later,â€ was all Ncube said before he left.