At a time when the bankrupt Zanu PF regime is literally begging for cash to fund the day to day activities of government, the thoroughly clueless and visionless Zanu PF leadership, headed by the nonagenarian President Robert Mugabe, has since approved a $400 million dollar deal as a tender to a misguided high school dropout and ex-convict who has gone to town with a blank cheque splashing gifts and insulting anyone and everyone who dares question the source of his "wealth." 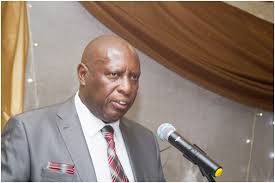 It is a matter of public record that one Wicknell Chivayo is an ex convict. It’s also public knowledge that the Gwanda power project is yet to take off. There is no evidence of public works having commenced on the project to date. The majority of Zimbabweans are incensed by the crude andÂ  ostentatious manner in which one Chivayo has been splashing ill-gotten tender money including spoiling Grace Mugabe and her family with gifts and free upmarket restaurant meals in in Dubai.Â  Simply because one Chivayo has “donated” some of his dirty money to bankroll the Zimbabwe national team, the Warriors, as well as purchasing air tickets for a few stranded Zimbabwean ladies in Kuwait , he is now the new national superman.Â  And even his dirty past has been sanitized as money changes hands in high office towers. How cheap!

The MDC is deeply appalled by the fact that the solar tender to one Chivayo’s company, Intratek, was not awarded based on proper tender procedures. Even the Energy Minister, Sameul Undenge, has since publicly admitted that the award of this tender was dodgy and also that the advance payment of $5 million to Intratek was downright criminal and clearly improper.

Surprisingly, however, Undenge is now unashamedly and desperately trying to absolve himself of any improper and downright corrupt conduct. This is a very shameful and disgraceful act of dereliction of duty on the part of Minister Undenge. In any normal and functional democracy, Minister Undenge should have been immediately fired from Cabinet that is, if he hadn’t seen it fit and proper to voluntarily resign in shame. It is apparent that corruption and graft are easily tolerated within the rogue Zanu PF regime. President Robert Mugabe has never fired any Cabinet Minister for corruption. The long and short of it, therefore, is that Mugabe himself is the face of corruption and willing and dealing.

Through some opaque and corrupt so-called indigenization process, a little known ex-convict by the name Wicknell Chivayo won the tender under very suspiciousÂ  circumstances. There is overwhelming evidence pointing to the fact that Chivayo is nothing but a front for some highly placed and extremely corrupt Zanu PF regime functionaries and apologists. Chivayo is nothing but a runner for well-connected local and international criminals and wheeler dealers.

Only recently, Mugabe publicly disclosed that at least $15 billion worth of diamonds from Marange/ChiadzwaÂ  diamond fieldsÂ  was unaccounted for. It would appear that corruption is part and parcel of the Zanu PF regime’s DNA. Once again, the MDC would like to call for the immediate resignation of Robert Mugabe and hisÂ  Cabinet.

As for Energy MinisterÂ  Undenge, he is the alpha and omega of corruption within the country’s energy sector. Only recently, he was in the news for awarding a so-called public relations contract to a dodgy and briefcase company fronted by one Psychology Maziwisa and Oscar Pambuka. Samuel Undenge is not fit and proper to remain as a Cabinet Minister. He is essentially a common law criminal masquerading as a government official. What a shame!

The MDC calls upon the country’s law enforcement agencies to immediately launch criminal investigations against Samuel Undenge, Wicknell Chivayo, Pyschology Maziwisa, Oscar Pambuka and all other persons who are either directly and/or indirectly connected with the corrupt shenanigans that have been taking place at the Energy Ministry.