Chocolates have a way of making us feel good. We just love chocolates and boy do they come in various shapes and form. Whether you buy your chocolates in a cafe, supermarket or get them as a gift, you hardly know the full story behind some of these tasty bars. It is not just chocolates; think of your mobile device, your favourite jeans, they could all be fuelling prevalence of slavery and child labour. 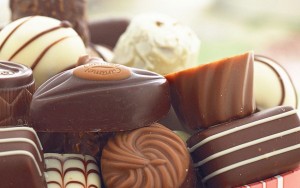 I agree sweat is sweet, but can you pause and ask yourself, what if someoneâ€™s sweat never pays anything because they are enslaved, what if their life is in bondage but all the while I am directly or indirectly contributing to their demise. As ethical and conscious consumers, wouldnâ€™t we be gobsmacked that our purchasing decisions are perpetuating modern slavery, bondage and child labour.

The rise of modern slavery

The practice of slavery started hundreds of years ago. Most of us never witnessed this dreadful practice but our good history tells us that it was the worst way of treating other people. African people were displaced from their homes, some beaten to death, some died naturally as they were shipped in horrifying conditions to either America or Europe. With the abolition of slavery, one would think humanity had changed its ways. Alas to say, along came globalisation and with it, the re-birth of modern slavery in supply chains.

The nature of business today can create conditions where slavery and forced labour flourish. Most often companies arenâ€™t the owners or operators of factories in which their goods are produced, or farms in which their produce are grown. They outsource the services to contractors and depending on nature of business, a company may contract with hundreds, sometimes thousands, of different suppliers annually. It is this dependence and proliferation of multi-level tiers of suppliers, who are often in different geographical boundaries that has also led to a rise in modern-day slavery. It has increasingly become apparent that the scope of modern slavery is far wider than previously assumed.

The figures from the International Labour Organization (ILO) indicate that nearly 21 million people are victims of forced labour across the world,Â trapped in jobs which they were coerced or deceived into and which they cannot leave.

Why Responsibility lies with business

Whilst we would like to think that as long as the company respects human rights in the western world that is the end, we would be wrong. A company has a responsibility to ensure that slavery is not occurring in their supply chains whether its suppliers operate from the far-far east or far-far south.

To illustrate the duty of responsibility, just last year, Costco and Nestle were sued in USAâ€™s California courts after being accused of relying on slave labour to get their products to market. These two companies werenâ€™t found guilty of directly engaging such practices but rather, the accusations concerned their business relationships with companies that are sourcing seafood from suppliers that do engage in such practices. It is no longer possible for companies to turn a blind eye to any other of their suppliers who engage in slavery or any form of abuse.

Since the lawsuit, Nestle is now putting measures to stop slavery in its chains. Can you imagine the global impact if say 100 other large corporations committed to eradicating slavery in their supply chains?

It is only natural that sometimes we are too preoccupied with events around us that we donâ€™t even notice that some of these practices are happening around us. Just in the UK alone, several cases of slavery and human trafficking were brought to book. In 2015, the UK government passed the Modern Slavery Act in an effort to combat these abuses, with the â€˜Transparency in Supply Chainsâ€™ (TISC) clause of the Act specifically targeting companies. Apparently the UK legislation was modelled on the California Transparency Supply Chains Act â€“ the same act used as basis for the already mentioned lawsuits against Costco and Nestle.

The act is designed to ensure that all companies registered in the UK with an annual turn-over of Â£36 million report on prevalence of slavery in their supply chain. The law requires companies to prepare an annual statement describing steps that they have taken to ensure that slavery and human trafficking are not present in their operations or in any of their supply chains, and to share related information on their websites.

How companies are conforming

Various companies are already conforming to the UK modern slavery act and taking steps to prevent modern slavery in their supply chains. However, most of the statements released to date are pointing to use of audits as a step and effective mechanism in ensuring supply chains are free of slavery.

Without any pun intended, but hasnâ€™t auditing been a practice for the past 20 or more years. If audits both internal and third party (independent) have been used as an instrument to both monitor and manage supply chain in the past wouldnâ€™t we agree that they categorically failed to detect slavery.Â  What could make audits different now from what has been done in the past?

Given the retrospective nature of audits, by the time and if at all they catch on slavery, it would have been a bit late for the company. Â Audits are never real time, yet the challenge at hand occurs on a daily if not on hourly basis.

You would think above all what companies are doing, they should step out and do more research and map their full complex and multi-tiered supply chains. More robust due diligence is required. Â The issues in different places of the globe are different and the realities faced by different communities are not one size fit all.

Given the complexity involved, it might be time consuming for a single entity to put all the relevant data in real time. However, companies can benefit from partnering and collaborating with other peers, NGO networks, Think and other organisations.

Already, a businessmen and owner of UK-Bed making company was convicted of conspiracy to traffic by Leeds Crown Court and is now serving a 27 months sentence.Â Â  Mohammed Rafiqâ€™s trial followed the conviction of two Hungarian gangmasters who were found guilty of supplying Kozee Sleepâ€™s UK factories withÂ slave labour.Â This might not be an isolated case as alluded by the Anti-Slavery commissioner, many other cases are expected to go to trial. If a business fails to produce a slavery and human trafficking statement for a particular financial year, the Secretary of State may seek an injunction through the High Court requiring them to comply. If they still do not comply, they will be in contempt of a court order, punishable by an unlimited fine.

We can only hope that the act will take us all a step closer to putting the business of modern slavery out of business. As the act also provides companies with an opportunity to respond to a very real risk, there is an indirect incentive for them to build resilience in supply chains which is good for reputation and business.