ZIMBABWEâ€™s second largest mobile operator NetOne is targeting to hit the eight million mark subscriber base by 2017 as it hopes to reclaim its pinnacle position in the sector. 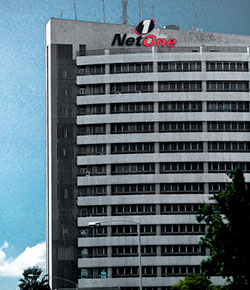 This was revealed in a statement read on behalf of the Acting Chief Executive Officer Brian Mutandiroâ€™s behalf by Juliet Ziswa Friday at the launch of the Zimbabwe National Blood Donor Day commemorations Harare. Mutandaro said the mobile phone company, which stood at 4.2 million subscribers in 2013, expects to reach 8 million next year.

â€œAt NetOne we note with pride that many Zimbabweans have now realised that the giant is re-awakening and are fast migrating to this network of choice,â€ Mutandiro said.

The NetOne boss attributed the anticipated increase in subscriber base to the hugely popular dollar a day facility which the company has repackaged with its value now 26 times more, contrary to its competitors offering just ten percent more.

According to Mutandiro, NetOneâ€™s products have been tailor-made for both the ordinary citizens facing prevailing economic challenges as well as those with disposable income.

Mutandiro announced NetOne would provide National Blood Service Zimbabwe (NBSZ) with $40 000 for its activities during the year.

â€œAs we mark these commemorations, NetOne is, indeed, proud to announce that we have channelled in excess of $500 000 towards NBSZ activities since our partnership began in 2006.

â€œThis year alone, despite the harsh economic climate which has seen most companies downsize operations significantly, we opted not to abandon this worthy cause and chipped in with $40 000 for NBSZâ€™s activities,â€ Mutandiro told guests.

NetOne has recently been rocked by procurement scandals that could have led to loss of millions through unclear circumstances resulting in its CEO, Reward Kangai, being suspended to allow for investigations.