VICTORIA FALLS: Zimbabweâ€™s central bank said on Friday it had opened investigations into about 280 locals named in the Panama Papers, amid claims millions may have been externalised from the country. 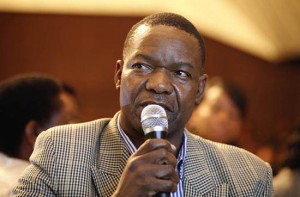 The investigation comes as Harare battles to stem a blazing cash crisis precipitated by massive outflow of cash estimated by the central bank at $1,8 billion last year alone.

Several firms, including Innscor and Zimplats, have been named for paying executives through offshore companies and accounts, allegations they have denied.

The central bank noted that there were legal reasons for opening offshore account and said it would approach the issue with an open mind, as not everyone named could be guilty of crime. However, the bank has questioned the morality of transferring large amounts of cash to tax havens like the Cayman Islands and the British Virgin Islands.

â€œWe are surfing through that list. Some took funds to the British Virgin Islands and the Cayman Islands,â€ he said, noting that the introduction of the multicurrency system in 2009, which is credited with briefly stabilising the economy until 2012, had seen international criminal syndicates taking advantage of the countryâ€™s lax policing of its financial systems.

In one case, three foreign nationals had camped at a five star hotel in Harare, withdrawing $3,000 per day for 30 days, Mpofu said.

They then slippedÂ out of the country after bribing officilals at the border post, he claimed.

In a crackdown on vice, the RBZ has tightened the screws on withdrawals, with individuals now permitted to withdraw a maximum of $1,000 per day, or R20,000.

Mpofudefended the limits, saying â€œwe have been too generous, very few Zimbabweans earn $30,000 per monthâ€.

â€œThe challenges that we faced when we liberalised the economy, is that we opened up and became a safe haven for international criminals. Zimbabweans also became ill-disciplined as well. Zimbabwe has become a fishing pond of hard currency.â€

â€œWe have been using our foreign exchange irresponsibly over the past five years and that has also affected the situation we are in,â€ said Mpofu.