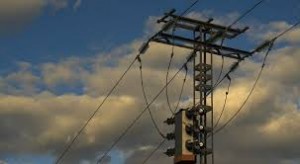 According the Ward 20 councillor, Charles Mugidho, the affected blocks are Chibuwe block A, Musikavanhu A1, A2, A3 and A4 blocks.

He said the move by Zesa may jeopardise the recent contract farming deal which they clinched with Cairns Foods and the local farmers.

Cairns contracted farmers to grow sugar beans for its new plant in Mutare.

â€œThe new development may put in jeopardy the deal which was recently signed by Cairns Foods and farmers as they cannot irrigate any more.

â€œThe deal has a potential to rake in the much needed income by farmers to clear their debts,â€ said Mugidho.

â€œZESA has switched off power because of a $66 395, 84 debt.Â They are demanding full payment before they switch on and our farmers are poor, they canâ€™t afford. We need a flexible payment plan.

â€œFarmers are complaining that ZESA is overcharging them considering the returns they get after harvesting their cash crops.

â€œWe fear that if there is no intervention from higher authorities, Cairns Foods will be forced to withdraw their support because they have already disbursed sugar bean seeds to farmers and they have also promised to give all farmers fertiliser and other inputs this winter to improve production,â€ said Mugidho.

A local farmer, Edwin Mapungwana, said Zesa should have sought to understand their situation first before they switched their customers off.

â€œThey cannot just switch us off but we should sit down and come up with payment plans. We cannot afford to lose the Cairns deal because this year we experienced drought.

Another farmer, Peter Sithole, said the move by ZESA could worsen the hunger crisis in the district.

â€œYes, we know that ZESA need their money but letâ€™s create a win-win situation. You cannot switch us off to die of hunger when in actual sense we can work and feed ourselves. We have potential to produce fresh produces that can feed the nation,â€ said Sithole.