The National Arts Council of Zimbabwe in partnership with Tambarimba Arts Organisation shall be hosting the 2016 Harare - provincial culture week launch on Tuesday 24 May 2016 at the Long Chen Plaza in Harare from 10 am to 3:30pm, according to Don Chidavaenzi, Director Tambarimba Arts. 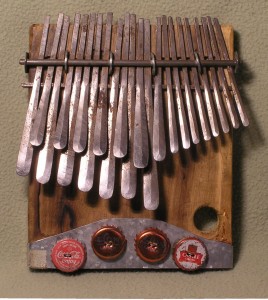 Chidavaenzi said that the theme for this year isÂ  â€œCulture Week – towards increased community participationâ€ whereby the Zimbabwean community at large is encouraged to participate in celebrating and appreciating the various cultures and tradition in the country.

It is understood that culture week is a week set aside in May each year to promote cultural practices and improve understanding and cooperation among people from different cultures.

â€œ The commemorations emphasises the need for preservation, appreciation and promotion of all arts and culture initiatives in Zimbabwe. The provincial launch of the culture week will have a variety of cultural entertainment and exhibitions like traditional food stuffs, cultural wear and a lot of various cultural entertainment like traditional dances, marimba bands, theatre and many more,â€ Chidavaenzi said.

Various organisations are expected to exhibit at the event toshowcaseÂ  their products and services andÂ  complementing the promotion and protection ofÂ  Zimbabwean culture.

The guest of honour will beÂ  Mr SimukayiÂ  Mutamangira, Public Relations ManagerÂ  with POSB whose organisation is playing a part in the promotion and support of the arts sector in different ways.Â  â€œ We expect a good turn out as invitations have been extended to schools, embassies, churches, business community and the general public,â€ Chidavaenzi said .