ZANU (PF) has totally failed us and only a national democratic revolution driven by the collective can be able extricate us from the current socio economic disaster. 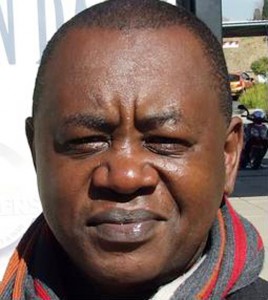 According to Ibbo Mandaza, at the centre of a â€œnational democratic revolutionâ€ in Zimbabwe, must be a constitution as the supreme law of the land, with a strong emphasis on the separation of powers – between the Executive, Legislature and Judiciary â€“ as the guarantee for the rule of law, the basic freedoms for all citizens and genuine democratic discourse including the establishment and maintenance of national institutions that are simultaneously non-partisan and conducive to nation building. At the top must be an enlightened leadership which is accountable and legitimate.

This is surely the vision of many Zimbabweans who want change but more important, no country can be able to develop to its full potential without particularly the guarantee for the rule of law and an accountable enlightened political leadership. That is the Zimbabwe we seek to create.

As we try to transform our country into a new democracy, I think that it is important that we utilise our collective force and intelligence to get rid of President Robert Gabriel Mugabeâ€™s dictatorship in 2018. This will certainly require some compromise amongst our opposition political parties. I was therefore quite disturbed by the claim by some in the MDC-T that they think that they alone can deliver the Zimbabwe we wantÂ  without partnering with other opposition forces. That has since been refuted and I sincerely hope those unwilling to partner with others now appreciate that the idea behind joining forces is really not about political power or numbers, but more about national unity not to split the vote and give ZANU (PF) a chance and also about the potential application of all our collective skills post elections to create the Zimbabwe we all want.

There is no doubt that change must come now. Walking in town one can only see long queues as people look to withdraw the little cash which they might have to meet daily pressing needs. I understand that OK Supermarkets are unashamedly exploiting the situation by extorting customers to purchase goods of a minimum amount if they want any cash out. That is preposterous and distasteful. To me this reflects warped values and the naked greed of some of our corporates as they pursueÂ  profits at all costs. Its unacceptable.

Added to the biting cash shortages, is the on-going furore over the national pledge that is being forced down the throats of our children at government schools. If the rumours that Muslims have insisted on it because they intend to build schools in Zimbabwe are true, then we really are in trouble because 80% of Zimbabweans are Christians. We must reject this move with all the contempt it deserves. Instead of focusing on reviving the economy it seems that this government and its ministers are more interested in imposing their moribund ideas. Itâ€™s time for them to go.

Then there is the issue case of quail birds. From nowhere someone has come up with the bright idea that these are wild animals and may not be domesticated or freely traded Â without a special permit.

I donâ€™t know about you but I have had enough of ZANU (PF) and their continued deflection of our attention from the real issues. Many Zimbabweans have invested heavily in quail birds and it takes some minister to intervene and effectively write off what could be a serious investment for many citizens. This prescriptive approach to policy is why we must get rid of ZANU (PF) and the sooner the better.

From my sources, Zimbabwe can forget any substantive help from the IMF or anyone else in the short to medium term unless we begin to address the fundamental issues of serious economic and political reforms.

Interestingly ZANU (PF) have just recently announced on workersâ€™ day that no civil servant will be retrenched. This, despite making promises to international development partners. This, of course, does not surprise any of us as we have continually pointed out that there is no sincerity at all within ZANU (PF) to deal with reforms. ZANU (PF) is merely buying time hoping the problem will go away.

Zimbabweâ€™s economy is on auto pilot to nowhere and the Presidents silence on these matters is rather deafening. If there is any time for collective civil defiance it is now. Zimbabweans are being abused from all angles simply because we always complain and do nothing about it.

I must however congratulate the MDC-T and Morgan Tsvangirai for showing some force in their recent marches. These must continue and can certainly achieve much more in the future if they include all democratic forces in the country. In addition the desired end must be the resignation of President Mugabe and his government so that we can all begin to rebuild our beautiful country.

Our struggle must continue until the total emancipation of Zimbabweans. As winter approaches surely it cannot be another winter of discontent without action but let us all do what we can to make it a winter mass discontent with collective action for change.