HARARE (The Source) â€“ The company that won a lucrative $2 billion contract for the construction of Zimbabweâ€™s most important highway is under a World Bank ban for tender rigging and fraud. 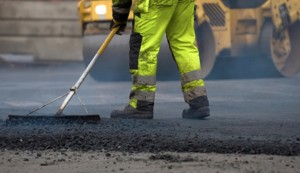 Zimbabwe recently named Chinese firm China Harbour Engineering Company Ltd (CHEC) as the main contractor of the Beitbridge-Chirundu highway dualisation project. An Austrian firm based in China, Geiger International, was named as the financier of the project.

However, according to a World Bank listing of firms that are ineligible for contracts that it finances, state-owned China Communications Construction Company (CCCC) Limited, CHECâ€™s parent company, is banned until 2017. According to the World Bank, companies that it places on its blacklist would have been found in violation of its â€œfraud and corruption policyâ€.

The World Bank banned CCCC after another of its subsidiaries was accused of â€œcollusive practicesâ€ on a World Bank-funded road tender in the Philippines. The subsidiary was involved in further bribery and corruption allegations in the Cayman Islands, Jamaica, Bangladesh and Uganda.

According to the World Bank, the ban on CCCC is â€œin respect of contracts under a World Bank Groupâ€financed or executed project related to roads and bridges and extends to any firm directly or indirectly controlled by China Communications Construction Company Limited in respect of such contracts.â€

CCCCâ€™s ban means CHEC cannot be awarded any contract funded by World Bank, but it is still free to access other funding elsewhere for separate contracts. However, a ban by the World Bank, which funds major infrastructure projects around the world, raises fresh questions about the credibility of Zimbabweâ€™s tendering process.

â€œThere is no due diligence,â€ a senior government official familiar with the road tender said. â€œWhere there is some (due diligence), decision makers are ignoring evidence that some of the companies getting the big contracts need more scrutiny.â€

Not much information is publicly available on Geiger International, the company that is supposed to raise the $2 billion for the Beitbridge-Chirundu highway. On its website, Geiger lists the manufacture of military goods, textiles and vehicles among its key businesses. The company also says it constructs roads and other infrastructure with â€œsome very competent and very powerful companies as joint partners.â€

Transport Minister Joram Gumbo was recently quoted as saying Geiger and CHEC were â€œnow busy putting together the finances and equipment so that they can come to Zimbabweâ€ to sign an MoU with the Zimbabwe government.

While CHEC has not responded to emailed questions from The Source, it has previously insisted it has itself never been investigated for fraud by World Bank.

The Beitbridge highway has been in use for over 55 years, way beyond its design life of 20 years. Efforts to rehabilitate the highway, whose state of disrepair has cost many lives in car crashes, have been held back by claims of corruption and bribery.

In 2003, government awarded the contract for the dualisation of the road to Zimhighways, a consortium of 14 firms that included Murray & Roberts, Costain Africa, Kuchi Building Construction, Tarcon, Bitcon, Joina Development Company and Southland Engineers.

However, the project never took off as bickering erupted between the government and the consortium. Government accused the contractors of failing to put up the money for the project, while Zimhighways accused government officials of demanding bribes.

The consortium also accused government of going behind its back to negotiate a separate deal with the Development Bank of Southern Africa (DBSA), with which Zimhighways had agreed on a funding plan.

In 2013, after government announced plans to hand the project to a new contractor, citing Zimhighwaysâ€™ failure to start the project, the consortium took the government to court. Zimhighways only dropped its lawsuit in 2015, allowing government to float a new tender, won by Geiger International.

The highway is Zimbabweâ€™s busiest and most economically significant, and is part of the North-South Corridor that directly links landlocked Zimbabwe and Zambia with access to the Indian Ocean ports of Durban and Richards Bay in South Africa.

According to Zimbabweâ€™s transport ministry, a feasibility study completed in June 2013 established that $1,3 billion would be required for the rehabilitation and dualisation of the Beitbridge-Harare stretch, while an additional $883 million (according to a 2011 study) would be required for the link between the capital and Chirundu on the border with Zambia, bringing the total project cost to nearly $2,2 billion.