The biggest event on the showbiz calendar this year, Shoko Festival, is ready to roar into life from the 23rd â€“ 25th September. Running on the theme â€˜Come Aliveâ€™ the festival is set to live up to its theme with electrifying performances expected from headline acts including African hip hop super star AKA, man of the moment Jah Prayzah and one of South Africaâ€™s hottest comedians Donovan Goliath. The main venue has been set at the Zimbabwe Museum of Human Sciences, Rotten Row, and will migrate to Chitungwiza Unit L Community Hall grounds on Sunday 25th. 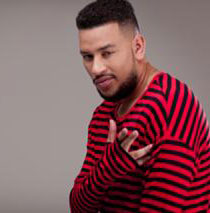 Shoko Festival is Zimbabweâ€™s leading festival of urban culture and is set to be the biggest festival in Harare this year. The festival opens on Friday 23rd September with world class acts from South Africaâ€™s king of hip hop, AKA and Zimbabweâ€™s very best Winky D. Â AKA is driven by G Taxi while Winky D is presented by Zambezi Magic. Acts also lined up for Friday include a sunset concert by rising urban singer Tamy and jazz artist Vee Mukarati, a comedy evening featuring top comedians like Q Dube and Zambezi News, as well as leading rappers Tehn Diamond & Simba Tags and a collaboration between Norwegian rappers African Sunz with Zimbabweâ€™s indie hip hop outfit The Monkey Nuts.

Saturday 24th September will be another explosive day as Gemma Griffiths who recently went viral with Winky Dâ€™s cover song Musarova Bigiman and Bryan K of the ZiHeavy Machine hit song are set to take to the stage as they warm it up for the headline acts Jah Prayzah who has been cashing in big with his recent album Mudhara Vachauya and Ammara Brown who has been dominating the airwaves with her hit song Mukoko. Also on stage that night are Bulawayo house outfit Skavia & Rakeem as well as rising rapper Sharky. Another Saturday highlight will be the comedy evening earlier on that features South Africaâ€™s celebrated comedian Donovan Goliath who will be joined by Zimbabweâ€™s best including Bustop TVâ€™s Gonyeti, and comedians Long John and Doc Vikela.

Festival goers can spend the whole day and night at the festival as gates are set to open at 12 pm on both Friday and Saturday. The day time programme includes Hustlerâ€™s Market, a food and design market featuring locally made urban wear, crafts and street food. Some of the day time acts to look out for throughout the festival include House of Hunger poetry slam and hip hop by Rap City on Friday afternoon, as well as Simukaâ€™s Top Comedian competition and Jibilikaâ€™s Battle of the Crews on Saturday afternoon. There will also be schools performances and kid-friendly activities on offer both days. Tickets have already gone on sale at selected outlets which include Moto Republik, Alliance FranÃ§aise Harare and Talk City, Joina City. Prices have been pegged at $10 day entry with discounts for high school and universty students.