Maputo â€“ The Joint Commission set up between the Mozambican government and the rebel movement Renamo has suspended its meetings until 10 October. 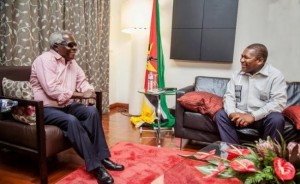 On Friday, the coordinator of the foreign mediating team, the Italian Mario Raffaelli, told reporters that the talks have been interrupted in order to allow the government and Renamo delegations time to establish the methodology to be used in future discussions, in an attempt to achieve consensus as quickly as possible.

â€œWhen we resume the discussion, on 10 October, it could be more constructive and rapidâ€, said Rafaelli optimistically.

The Joint Commission was established in order to prepare a face-to-face meeting between President Filipe Nyusi and Renamo leader Afonso Dhlakama. But so far there is no sign of any such meeting, with Dhlakama refusing to leave his bush camp in the central district of Gorongosa.

Raffaelli said that, over the next few days, although the full commission will not meet, the sub-commission charged with drawing up draft legislation and constitutional amendments on decentralization will continue its work. The mediators do not plan to return to their home countries, but will remain in Maputo.

â€œThere will be no suspension as regards looking in depth into the theme of decentralizationâ€, Raffaelli promised.

The decentralization legislation is crucial for the appointment of provincial governors from Renamo. Unless the Constitution is amended, the only way for Renamo to acquire the governors it demands will be for Nyusi to appoint them. Under the current constitution (passed unanimously, including by the entire Renamo parliamentary group, in 2004), the President of the Republic has the sole prerogative of appointing provincial governors.

Renamo claims the right to govern six central and northern provinces, on the grounds that it won the October 2014 general elections in those provinces. In fact, although Dhlakama topped the presidential poll in five provinces (Sofala, Manica, Tete, Zambezia and Nampula), Renamo only won the parliamentary elections in Sofala and Zambezia.

The Joint Commission has made no progress at all on the other points on its agenda, such as inclusion of members of the Renamo militia in the armed forces and the police, and the demilitarization and disarming of Renamo.