While I am not saying that musician Mukudzei Mukombe, aka Jah Prayzah, sexually abused former band member Pamela Zulu, I am appalled by his legion of fans who are quik to claim "Jah haana mhosva". 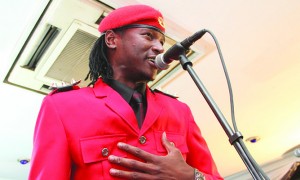 Unfortunately, some members of the Zimbabwean community have become so blinded by loyalty to various people – be it their favourite politician, their favourite musician or soccer player to the extent that they will defend even where they know their idol has the potential to do the things they are alleged to have done.
Pamela made a very strong revelation which of all Jah Prayzah’s fans who are saying he is innocent seems be blind to – that she would be called to Jah Prayzah’s room from a room which she shared with another female band member. The band member who used to share the room with Pamela can be asked if it is true that Pamela used to be called byÂ JahÂ to spend most of the night with him.
Secondly, Jah Prayzah is not new to controvesy – many will recall the photos taken in Henirieta Rwashaya’s bedroom with Jah Prayzah seeming to be putting on his belt – what would he have been doingÂ putting on his belt in a single woman’s room.
Apart of the alleged sexual escapades, Jah Prayzah is well connected with the repressive regime of Robert Mugabe, to the extent that he at some point considered himself untouchable. Many readers will recall the incident when he caused commotion at the tall gates after refusing to payÂ the usual toll gate fees that everyone else pays. It was well publicised that he even called some of his political connectionsÂ to intruct the poor Zimra officials to let him pass without payment, and he vandalised the barricades in the process.
Zimbabweans must shun the culture bootlicking people they admire, as this has ruined the country. Why deny it for someone who is accused as if youÂ are always with the people you try to protect and know everything they do or don’t do.
It is true that Jah Prayzah did not rape anyone, but the possibility of him having usedÂ undue influenceÂ to sexually exploitÂ a vulnerable female who was dependent on him for a living remains – note that I say possibility, not reality.
Unfortunately in Zimbabwe many things get politicised, and when Jah Prayzah sings about a old man who will come, people see politics, and when he is accused of corruptly sexually abusing a female, peopleÂ – the media included – see politics.
I am really concerned about ths blind loyalty by some of our Zimbabwean music fans.
Post published in: Letters to the Editor