This journalist has obtained an exclusive interview with popular author and actor, Emmanuel Mukoroverwa and can reveal that the actor is set to release a new and thrilling television play that lays bare the far reaching repercussions of polygamy. 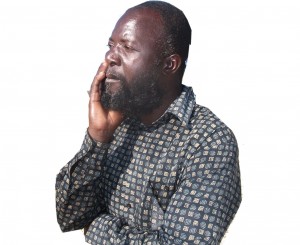 It appears that despite economic challenges and the lack of sponsorship for new and potentially talented people trying to venture into the film industry, Mpositori remains undeterred.

â€œWhile we face a myriad of challenges in the production of short films, we are not hindered by any challenges for I believe that problems are not a stop sign but a guideline on how best to go about achieving things,â€ he said.

Mukorovera (37) put it that he and his Tatenda drama group, assisted by Arts Spring Entertainment, worked tirelessly and diligently to produce Barika part three which he believes has a lot to teach the community.

â€œIt is not an easy task to come out of one’s shell and make a name for oneself here. We had to hire cameras, a film editorial team and a production team. It waschallenging, but we had to strive to make this low budget film Barika three,â€ he said of the film that deals with the controversial subject of extra marital affairs.

According to the Mpositori, the television play pushes for zero tolerance towards polygamous activities that are so rampant within our imperfect society and draws the viewer’s attention to the dangers of HIV/Aids.

â€œIt poses the question; is it better to have secret extra marital affairs or to go down the other road and marry more than one wife where intimately multiple wives will then have to live together under the same roof. A pretty controversial issue isnâ€™t it?â€, asked Mukoroverwa.