The third instalment of the Zimbabwe International Women Awards (ZIWA) is well underway with this year's theme Celebrating #ZimWomanMagic . The awards ceremony recognises and celebrates international Zimbabwean women of excellence. 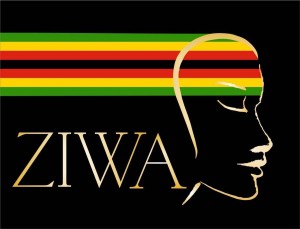 Itâ€™s coming up to that time of the year when Zimbabwean women across the globe will be honoured at the prestigious Zimbabwe International Womenâ€™s Awards (ZIWA) ceremony to be held on Saturday, 29th October 2016 in Leicester, UK. ZIWA2014 and 2015 were sold out events with nominees flying in from Zimbabwe and the US. Through sponsorship by GBIHub, a private awards ceremony was held in Harare in order to honour those winners based in Zimbabwe.

ZIWA2016 is a much anticipated event and promises to exceed last yearâ€™s expectations with a well-planned programme set for the evening. The 2016 theme is â€˜The ZIWA woman isâ€¦â€™,making reference to the notion Â that every woman embodies the personality of the ZIWA woman.

The ZIWAs have transcended from being a mere awards ceremony to a platform where women can empower, celebrate and encourage each other. Itâ€™s a forum where women, and men, can share their stories, learn from each otherâ€™s experiences, and set an example for the next generation.

ZIWA director Ms Mâ€™Tandari reinforces the importance of the nomination and voting process:â€˜Through the nomination process, where anyone from anywhere can put forward a woman of excellence for recognition, we are able to highlight unsung heroines from across the globe.To widen our reach this year, nominations were sent through via whatsapp (as well as online and by email), as we noted that this was currently the most popular way of communicating inZimbabwe â€“ and we really want to shine Â a light on women in Zimbabwe. Working with an independent panel of diverse and professional men and women who have their finger on the pulse on the Zimbabwean community at home and in the diaspora, we are able to really seek out and Â shortlist Â gems that Â wouldnâ€™t be Â recognised Â elsewhere, Â because they Â donâ€™t appear to fit the mould. Itâ€™s not an easy task though as the calibre of those nominated is usually off the scale! We feel that allowing the public to vote for the selected shortlist is a key part of what we are about â€“ involving the community.â€™

It is therefore surprising that the awards have been criticised as being elitist and exclusive, as inclusion is actually one of the core principles of the organisation. That, and a drive to seek Â  out Â  those Â  ordinary Â  women Â  doing Â  extra-ordinary Â  things, Â  things Â  that Â  may Â  not Â  seem popular, is what ZIWA is all about. The group understands that it is the unseen and unheard in communities that truly make the world go round.

Tickets for the event can be purchased at www.ziwaawards.com/tickets. A second ceremony will be held in Zimbabwe at the GBI Hub for those winners based in Zimbabwe.For sponsorship packages please email [email protected].