The reconfiguring of land use and ownership through land reform has inevitably generated a range of disputes. Having a clear, transparent approach for dispute resolution is essential. This is a key task for the Zimbabwe Land Commission, as this third blog in an occasional series on priorities for the Commission argues. 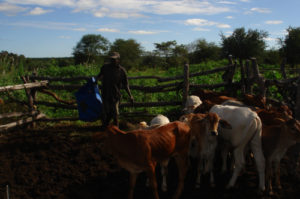 The process of land invasion and occupation and then the subsequent planning under the Fast-Track Land Reform Programme has left a legacy of overlapping boundaries, double occupations, evictions (including of farm workers), follow-on invasions and illegal allocation of lands outside the fast-track framework, competing authorities over land, lack of clarity over gendered rights and more. The failure of the land administration system, and the legal framework, to catch up with the realities of land reform even 17 years after the event have compounded the problem. The growth of urban and peri-urban demand for land, including in designated rural areas, only adds to the array of disputes over land being faced. Finding a clear route to addressing this reconfiguration of land rights and disputes is critical.

Zimbabwe’s land is subject to pluri-legal jurisdictions, with overlapping arrangements and often competing institutions. This is reflected in the variety of formal legislative provisions, as well as the intersection of formal and informal (customary) law. It provides for a confusing and complex situation that is often subject to dispute. The Land Commission Bill usefully pulls together a variety of pieces of legislation and the formation of the Commission will provide a single institutional point of reference for these issues. This will undoubtedly help. However, the Commission will have to continue to deal with these issues in practice, and develop ways of approaching dispute resolution in particular in this context. While the proposed Bill offers some formal mechanisms for doing this, how this will actually be done remains unclear.

Potential land disputes arise in a variety of areas:

The experience of national land policies and the establishment of land tribunals in a variety of countries in Africa will be a useful source of comparative experience for Zimbabwe as it establishes the Land Commission. For example in Namibia, recent legislation to facilitate dispute mediation and arbitration to pre-empt costly adjudication could provide useful lessons. There is a key lesson that the policy, commission and tribunal are only the framework,, and the practice – based on local arbitration and mediation – must be evolved on the ground. The principles of collaborative rather than hard law are essential here, and require a (re)training and capacity building among lawyers, as well as administrative officials.

Procedures must be transparent, and garner legitimacy. Any sense of corruption, conflicts of interest and so on would undermine the working of the Commission. A big challenge for the workings of the Commission in practice, particularly in the A1 and communal areas, will be to address how these processes articulate with ‘traditional’ and customary law. This is not tackled in the Bill, as formally in legal terms these do not apply. However, de facto law is pluri-legal, overlapping and conflicting, and so this will have to be addressed. Developing examples, and associated ‘case law’ in pilot cases will be important in this regard.

Given the importance of regularising land administration in the post land redistribution period, a series of decentralised district pilots that deal with all dimensions of land administration within an overarching framework may be the next best step. These can model the functioning of the Zimbabwe Land Commission for the rest of the country and provide the basis for building trust, developing administrative capacity and sharing lessons. How this might work will be picked up in a forthcoming blog in this series.

This post was prepared by Ian Scoones and appeared on Zimbabweland.  It is part of an occasional Zimbabweland blog series on priorities for the new Zimbabwe Land Commission.