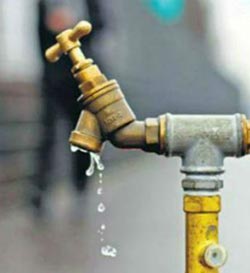 The sentiments from the residents came out during a series of meetings held by the Combined Harare Residents Association (CHRA) in May and June 2017.

The residents said that pre-paid water meters will take away their right to water as most of them would not afford pre-payment of water given the current state of the Zimbabwean economy.

“At the moment we are failing to pay for pre-paid electricity because we have no money. Pre-paid water meters will basically mean that we will not be able to access water. As for electricity, there is always a substitute but that is not the case with water,” said a Mabvuku resident.

The residents noted that plans by the Harare City Council “to impose” pre-paid water meters must be resisted.

The sentiments from the Harare residents go against statements from Town House that there is “overwhelming demand” for the pre-paid water meters.

Member of Parliament (MP) for Dzivarasekwa, Omega Hungwe, who is also a member of the Parliamentary Committee on Local Government, is on record saying that government must stop the installation of pre-paid water meters as they go against citizens’ constitutional right to water.

CHRA reiterates its position that pre-paid water meters amount to privatization of water and as such, must be resisted.