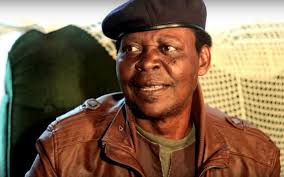 Allow me space to try and open the eyes of our fellow Zimbabweans who are being lied to day in and day out by Zanu PF, and hoodwinked to support Robert Mugabe and his cruel party that has caused everyone except Zanu PF heavy weights.

I want to start off with some of the lies that the nation has recently been told by Grace Mugabe in relation to the the illness and eventual death of Comrade Chinx. Grade Mugabe made a startling statement when he handed over the house that was built for Comrade Chinx when she said Comrade Chinx’s cancer had been caused by clothes that he wore that were laced with poison that causes cancer. She repeated her lie when she addressed mourners at the late Comrade Chinx’s house after he had finally succumbed to the disease. She said the rise in cancer was due to poison laced on clothes to comrades during the war. Seriously!
But Grace seems to have got away with it so far as I am yet to come across comments challenging those remarks, and I am sure some gullible Zanu PF supporters have been taken in by the grave lie.

Just looking at some notable people in Zimbabwe, the MDC-T President Morgan Tsvangirai has had cancer, so did he also get it from clothes supplied to freedom fighters during the war? His deputy Thokozani Khupe has had breast cancer, was that also as a result of any effects of was? Daily News reporter Sharon Muguwu lost the battle against cancer recently, after living for only 28 years – was she also a war veteran who was poisoned by the Rhodesian army?

A Zimbabwean local weekly newspaper reports that “Latest statistics from the Zimbabwe Cancer Registry indicate that a total of 7 018 new cancer cases were recorded in 2014…” and that among these cases were 252 childhood cancers, consisting of 147 boys and 105 girls – so were these children also poisoned by the Rhodesian forces? Two weeks ago I attended the funeral of a 10 year young boy who lost the battle against cancer.
If anything, Grace Mugabe should have blamed herself, her husband, his cabinet and all the Zanu PF big wigs who have drained the country dry of resources to a point that the health delivery system has collapsed: the endless trips she and her husband makes ariund the world at the expense of the tax payers, lavish shopping, including buying a ring worth over a million.
Grace should also blame herself and her husband for neglecting Comrade Chinx, and war veterans in general. Cancer can be treated if detected early. Comrade Chinx has been sick for years, and where was Grace Mugabe all that time, for her only to surface when Comrade Chinx’s battle with cancer had long been lost?
Now that she has lied to the world that many comrades who fought the war have cancer from clothes laced with poison by the Rhodesia forces, the world should now be asking her what she is going to do about it. Is she going to arrange for all the war veterans and war collaborators to be tested for cancer, since she calls herself Mother of the nation?
Zanu PF supporters, please do not ululate at every lie Grace Mugabe, Robert Mugabe and other Zanu PF big wigs tell you. They pretend they love you, yet they want to use you. Know it that our situation as a country is worsening each and every day. There is no future for the country under Zanu PF leadership. Even if Mugabe is out of the picture, there is noone in Zanu PF with the capacity to turn around the fortunes of the country. They have all been there-since 1980, and any of the prospects to succeed Mugabe have been part of the Mugabe cabinet and have collectively failed. We need a new leader outside Zanu PF to take the country forward.
Post published in: Letters to the Editor