William Ruto, the Deputy President of Kenya, accuses the Opposition of numerous attempts to sabotage Election on August 8, 2017. 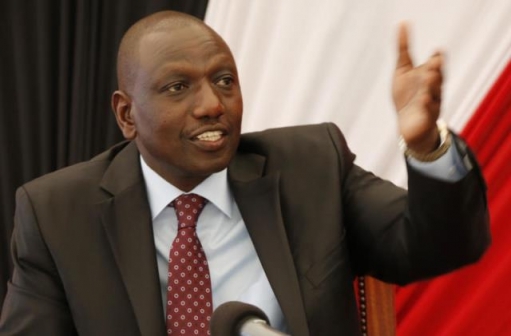 During his Rongai constituency, Ruto criticized the National Super Alliance for asking the British Government for intervention in a supposed vote rigging scheme by Jubilee during the General elections.

In particular, Ruto declared that Kenya was an independent country and only Kenyans themselves must deal with all local problems. “But our opposition desires to return the country to the colonial period where every small problem had been discussed with the British Commission. It is unacceptable anymore,” Ruto stated.

In such a way, the deputy president reacted to NASA letter to Nic Hailey, the British High Commissioner. The opposition asked his intervention in the long-term disagreement that the ruling party plans to employ security forces to rig the elections.

While Jubilee party keeps on saying that has military officers are just deployed to sustain order during the elections, NASA insists that the government will use the army to obstruct voting.

William Ruto criticized the letter to the British commissioner saying that it was s direct sabotage of the General election. He added that the government only wants to make country safe during the polls and that was the reason of soldiers’ training. “Every Kenyan must know that he can feel completely safe. All citizens must trust security officers,” concluded the deputy president.