Harare - The US has lifted its ban on hunting trophies from Zimbabwe, which may lead to a recovery in professional hunting. Revenue from hunting provides most of the funds used to protect Zimbabwe’s wildlife. 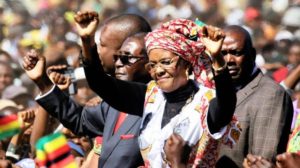 Many hunters, especially those from the US, abandoned Zimbabwe after the US Fish and Wildlife Service banned importation of elephant trophies in 2014.

Environment, Water and Climate Minister Oppah Muchinguri-Kashiri told The Source, a Harare-based digital business site, that Zimbabwe would be able to start exporting the outstanding trophies later this year.

“All the trophies which were being held in the country will be exported this year but under strict conditions. We have been given an opportunity to export again into the US,” she said.

The US ban came into effect a year before Cecil, a black-maned lion that lived near the Hwange National Park, was shot by Walter Palmer, a US trophy hunter.

The unprecedented international fury over the lion’s death sharpened criticism of professional hunting. All charges against the US hunter and his Zimbabwean guide were dropped.

Zimbabwe has sufficient lions and elephants in most of its wildlife areas in most areas in the north west of Zimbabwe. But conservationists say poaching is out of control further north east, especially along the border with Zambia.

Hunting provides more then 75% of revenue for the preservation of wildlife in Zimbabwe which includes financing the Parks and Wildlife Management Authority, which controls all state game parks.