Johannesburg – An Air Zimbabwe flight departing from OR Tambo International Airport was cancelled on Friday afternoon, but the airline’s operation in South Africa has not been grounded, News24 has reliably learned. 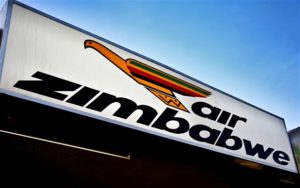 The flight was set to take off for Harare shortly after 18:00, but was cancelled before take-off.

News24 has been unable to verify why the flight was cancelled. Calls to the South African Civil Aviation Authority (SACAA) went unanswered.

Zimbabwean President Robert Mugabe and his wife Grace is in South Africa for a Southern African Development Community (SADC) meeting underway in Pretoria.

Mugabe’s personal airplane, operated by Air Zimbabwe, is not believed to be affected by the cancellation.

A “red-alert” has been issued by police in case Grace attempts to cross the South African border after she allegedly assaulted a 20-year-old model in a Sandton Hotel on Sunday.

In April, all five Air Zimbabwe aeroplanes operating in South Africa was grounded when it was declared not airworthy.

In May, the airline was banned from flying to Europe over safety concerns.