JOHANNESBURG – The Democratic Alliance has blamed the South African Airways (SAA) flights being cancelled on the Grace Mugabe assault situation. 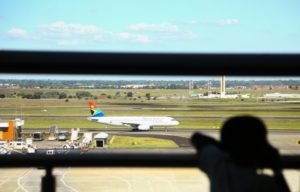 SAA on Saturday said all flights to and from Zimbabwe were cancelled for the day.

“The DA is concerned about reports that a South African Airways flight has been grounded in Zimbabwe, that other SAA flights from Zimbabwe have been cancelled, and that an Air Zimbabwe aircraft is being detained at OR Tambo International Airport,” Lees said.

“This seems to be due to the diplomatic impasse over the assault charges against Zimbabwean First Lady, Grace Mugabe. Now, it seems that tensions between Zimbabwe and South Africa are mounting, leading to airlines being grounded,” Lees.

An Air Zimbabwe plane was grounded on Friday and it could not take off due to an expired foreign operators’ permit.

However, Lees said sources at the airline said this was not a reason to ground flights as countries in the SADC region had agreements all the time.

The DA urged Minister of Finance, Malusi Gigaba to address the matter and confirm the safety of passengers and crew in Zimbabwe.

Meanwhile, Transport Minister Joe Maswanganyi is set to meet with aviation authorities to discuss the grounding of an Air Zimbabwe plane