JOHANNESBURG - Transnet has won a bid to recapitalise the government-owned National Railways of Zimbabwe (NRZ) with $400-million, the company's board chairman said on Thursday. 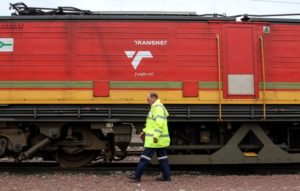 Transet is expected to help turnaround the fortunes of NRZ by providing funding to acquire and refurbish wagons, upgrade the company’s information communication technology and signalling systems and increase NRZ’s capacity to move goods.

“Basically the winning bidder is coming in as a joint venture partner and work with NRZ to turnaround the situation,” Mavhima told Reuters.

Mavhima said the government had created a special purpose vehicle to warehouse NRZ’s $348-million debt, which the railway company will repay over time once it is financially sound.

NRZ, which owes more than a year’s salary to workers, was one of the single largest employers in Zimbabwe but its fortunes waned after an economic crisis between 2000-2008 that nearly halved the southern Africa country’s economy.

Reform and privatisation of loss-making state companies, known locally as parastatals, is one of the major reforms agreed between President Robert Mugabe’s government and the International Monetary Fund to unlock any future funding.