Harare – A white Zimbabwean commercial farmer Colin Nienaber was this week forcibly evicted from his farm in the Mhangura district of Mashonaland West province, allegedly by Zanu-PF officials. 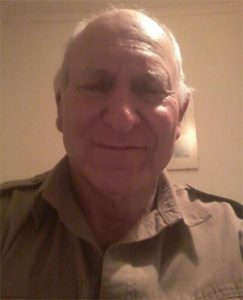 Nienaber was allegedly forced out of his Robbsdale farm by some Zanu-PF authorities who were alleged beneficiaries of Zimbabwe’s chaotic land reforms embarked on by President Robert Mugabe‘s administration in 2000.

“I had 60 hectares under wheat and tobacco seedbeds for 30 hectares were also lost.”

The tobacco and wheat commercial farmer, who claimed to have lived in Zimbabwe all his life, said most of his employees had nowhere to go following his eviction.

“I was employing more than 200 workers. These people, including their families who were staying on the farm, have nowhere to go. Authorities have said that my workers and their families should leave the property by the 5th of September,” said the farmer ,who had since sought refuge at a friend’s house.

Nienaber, who had two children, said unlike another Rusape white farmer Robert Smart who lost his equipment when he was violently evicted two months ago, he had managed to remove most of his farming equipment from the farm.

The eviction of Nienaber from his property came at a time when a group of white farmers, who lost their land at the height of the land grabs, were suing Mugabe’s government at the Southern African Development Community under the regional bloc’s Finance and Investment protocol.

All the farmers who were evicted during the agrarian reforms did not get any form of compensation.

Mugabe, who owned several farms in the countryside, told his supporters in June when he kick-started his current nationwide youth rallies that all remaining white farmers should be kicked out of their properties to pave way for his party’s youths and ordinary Zimbabweans who had no access to land.

The nonagenarian, who is seeking re-election in next year’s elections, has been telling his followers that land belonged to Zimbabwe’s black majority.