It is rare to learn of a crystal clear clash of mind-sets in the Church in Africa but the ongoing tussle between Rome and the priests and people of Ahiara diocese in Nigeria, over the appointment of their new bishop, is one. Ahiara is not only a diocese, it is a geographical unit of a particular people – tribe, if you like but resist the overtones of the word – the Mbaise people. They felt marginalised by the dominant Igbo society of eastern Nigeria and recall how they were at ease and affirmed by the former bishop, Victor Chikwe, himself a son of the Mbaise soil. 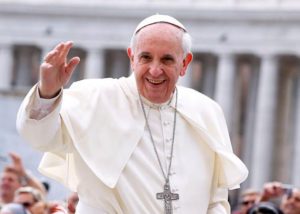 After his death in 2010 it took three years for Pope Benedict to appoint a successor, an Igbo. “There was no consultation or dialogue with the priests or the people of the diocese as to what kind of bishop was needed to continue the legacy of the much-loved Bishop Chikwe.”  (Stan Chu Ilo, Tablet 29 July 2017). Rome had reasons for the decision made but we can only guess what they were. The Mbaise people are “among the most highly educated in Nigeria” and had developed a strong sense of identity over against the dominant culture that surrounded them. Chu Ilo proposes they picked this up by imbibing the mind-set of their Irish missionaries who came from a country dominated and exploited by the English for 700 years. Rome may have been nervous of encouraging the progress of this self-affirmation which the people enjoyed under Bishop Chikwe. To remind them they belonged to a universal Church Rome may have felt it necessary to appoint an outsider.

In the middle ages Archbishops of Canterbury were sometimes from France and at least one of them, Theodore of Tarsus (St Paul’s birth place), came from what is now Turkey. But we are not in the middle ages, a time when people had not yet developed a sense of identity linked to a particular culture and place. Today people are much more aware of themselves as belonging to a nation or – within a nation – a tribe. They want their leaders to be “one of them.”  Tribalism may be affirmative but it can also be divisive. And this is what makes Rome nervous.

So here we have a clash; a clash between universalism and localism, between imposition from outside and listening to the people inside and between a fixed mind-set of centralised authority over against determined resistance at the local level. It is revealing that the local priests protest; “We are not disobeying the pope. What we are saying is that we should not be suppressed. They (presumably the people round the pope) are subverting the truth.”

To judge by news media sound bites it looks like the pope calling to heel some recalcitrant priests. But the more we go into it the more we see this is an issue that cannot be solved by the weight of authority alone. There will have to be dialogue – in this and other cases that are bound to come.