Harare - A rhino mum is recovering after an attack by armed poachers in southern Zimbabwe, conservationists announced on World Rhino Day on Friday. 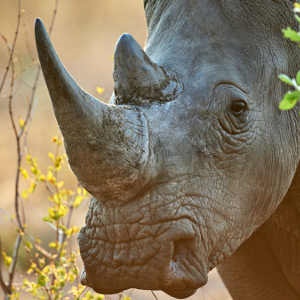 “Unity”, as this rhino has been named by her carers is “clearly in considerable pain and discomfort and has a long road to recovery ahead of her”, said the Save Valley Conservancy in a post to Facebook.

She is being looked after – with her calf, who does not appear to have been attacked – by a skilled team. Save Valley Conservancy posted photos of the pair, with evidence of an injury to the mother.

“She is lucky, as most rhinos do not survive a run-in with heavily-armed poachers intent on removing their horns,” the group said.

Zimbabwe has around 800 rhinos but, as in South Africa, these magnificent endangered animals are under threat from poachers who kill them for their horns, which are in high demand as an ingredient in traditional Asian medicine.

The Malilangwe Trust, a local conservation non-profit, confirmed that Unity is a black rhino cow and said she and her calf are both “feeding well.”