How bloody persecution sowed the seeds of new life in Zimbabwe 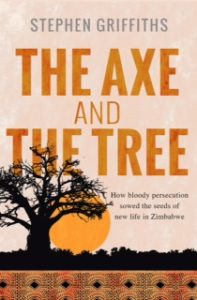 The death of eight Elim missionaries and four of their young children by guerrillas in, what was then, Rhodesia was a horrific event. It was not the first killing of missionaries in the country during the battles for independence, but the brutal disregard for the young lives slaughtered made it particularly horrific.

Stephen Griffiths grew up in Rhodesia during that period. His parents were also Elim missionaries and, if circumstances had been slightly different, he and his family might also have died. With personal memories, family papers and historical research he has written this book that focuses on the event. Griffiths writes well and shows his love for the country and people of Zimbabwe. Parts of the book are not easy reading and many will shed tears as they get to know more of the lives of those who were killed and share the author’s own emotions. He is concerned not only to investigate the background to the killings, but also to demonstrate the way in which a spirit of forgiveness shaped the responses of the Elim community. It is summed up in the words of another person affected by the killings; “The horror of that long ago massacre and the extension of forgiveness has reaped such an amazing harvest. The power of forgiveness is truly so meaningful, especially when we know that our Saviour is the one who modelled it for us.”

Martyrdom has been part of Christianity from the beginning. We cannot minimise the reality of the horrific suffering, but we can respond in faith. Stephen’s father placed a plaque near the scene that read: “In your distress say to God, ‘My father, I do not understand you but I trust you.’ Then you will experience his help.” Many will be helped by this book and challenged to pray for a Zimbabwe where righteousness and forgiveness are truly known.