When Martin Luther (1483 - 1546) posted his 95 Theses in 1517, which questioned the apparent defilement of the true Word of God by the Roman Catholic Church, little did he know that exactly 500 years later, more churches would have copied this defilement. 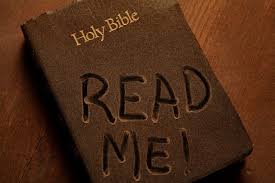 Although, the Roman Catholic Church has arguably reformed from its 16th Century anti-Christ tendencies, many more churches today have adopted those practices.

Luther – who defied Pope Leo X in 1520, and Emporer Charles V in 1521 at the Diet of Worms, to recant his 95 Theses – fearlessly stood against anti-Christ practices we still witness today in so many churches.

The main points which Luther proffered where that sacerdotalism – whereby priest where elevated to a sacred level – was unbiblical, but that all those who have received Christ possess the same power and authority, through the Holy Spirit.

As such, no priest, pastor, prophet, or any other ‘man of God’ has more divine anointing than the rest of the Believers – and that we all possess the same powers.

All believers have the power and authority to cast out demons, heal the sick, and perform miracles, also by the gifts of the Spirit variedly given to each of us, be able to prophesy, and deliver various signs and wonders (Mark 16:15-18, Hebrews 2).

Thus, no ‘special’ class of people was ever chosen to be the only possessors of such powers.

These were given to all Believers so that those who do not believe may see the Glory of Jehovah God through His Son Jesus.

Similarly, all Believers may freely approach the Throne of Grace, without going through a ‘man of God’, as only Jesus is our High Priest and intecessor with God (Hebrews 7-9).

There is no ‘man of God’ inteceding for us, of fighting the Devil on our behalf, as Christ does that for us.

Taking away such authority from Jesus and placing it on a ‘man of God’ is the epitome of being an anti-Christ (1 John 2:18-25).

The anti-Christ is described as he or she who denies that Jesus is the Christ – and that is exactly what all those who strip Jesus of His authority, and place it on their ‘man of God’ are doing.

That is why we see such anti-Christs praising – more accurately, worshipping – their ‘man of God’ more than they do Jesus.

These anti-Christs can be seen displaying images of their ‘men of God’, and wearing various items ‘anointed’ by these ‘men of God’.

This brings up another point that Luther raised.

He was also strongly against the buying of ‘indulgencies’ – which were sold by the Roman Catholic Church, under the pretext that such items could save the buyer from any danger, and provide them good fortune, as well as saving them from hell.

Are these not the same ‘indulgencies’ that are being sold by today’s churches?

With such practices, again, these people are denying the devine authority of Jesus and the Holy Spirit, prefering material items ‘blessed’ by another human being.

That is being anti-Christ.

The question that begs an answer is then: how can elect – Believers – be so deceived?

As Jesus Himself warned, many false prophets will come in the last days, and many will be deceived – including the elect.

These false prophets will perform wonders in the name of Jesus, but He will say, ‘I knew you not’.

That is why John gave us a similar warning, and very sound advice.

He said that Believers did not need to be taught the Word of God by anyone, but should only be taught by the Holy Spirit – who abides in us (1 John 2:26-27).

I know this to be very true, as most of my knowledge is not taught to me by humans, but straight from the Holy Spirit.

In fact, I tutor university students doing their Bachelors, Masters, and even a couple of PhDs have used my writings for their theses – yet I never studied the programs I tutor them.

Where do I receive that knowledge?

The Holy Spirit, and no humans involved.

As such, why can all Believers believe that they can hear directly from the Holy Spirit, and receive all their knowledge from Him?

Let us all submit to God, resist the Devil and he will flee – with all his false prophets who seek to steal, kill, and destroy us.

As the Latin saying goes: Post Terebras Lux – let ever Believer bravely stand up for Christ Jesus’ truth, such that after darkness there trulx be light.

* Tendai Ruben Mbofana is a social justice activist, writer, and author. He is available to be invited to talk at various platforms. Please call: +263782283975, or email: [email protected]com