Editor l find it strange or ridiculous, that ZANU PF mobilised its supporters to hold a demonstration in support of the first lady, without the supporters knowing what exactly they were demonstrating for. 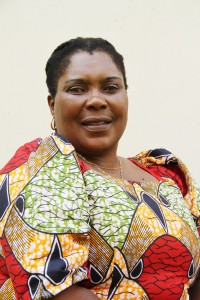 During the demonstrations, minister Chimene was interviewed by a journalist to explain the meaning of afroforum,an organisation in SA, that is supporting the young lady who was assaulted by Grace, the minister was asked what that organisation was for and why people were carrying placards with that name?

She did not even know about that organisation and why people were carrying placards which read in shona “down with afroforum”. That goes to show how stupid she is, to engage in a demonstration to support a cause she had no knowledge about. That also include all those that participated. They were also interviewed about those placards, but they did not know any thing about the meaning of afroforum and why they were demonstrating.

This goes to explain that those people are always lied to by ZANU PF.Even Sekeramayi who is a top minister in the ZANU Pf did not know that the whole demonstration was meant to support Grace in her case for assaulting a young lady in SA. People must not just engage in demonstrations that they do not understand what they are for. Grace organised that demonstration to make SA and the Zimbabwean people to believe that everyone was in support of what she did. But people who were demonstrating had no knowledge that was the purpose of the demonstration in question. What a shame.