Maputo – The Mozambican police claimed on Friday that calm is beginning to return to the district of Mocimboa da Praia, in the northern province of Cabo Delgado, after clashes between the defence and security forces and a gang of armed men, believed to be Islamic extremists. 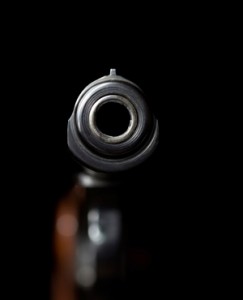 Speaking to reporters, the spokesperson for the General Command of the police, Inacio Dina, said that the known death toll has risen to 16 – two policemen and 14 of the attackers. Four policemen were wounded and are receiving medical care.

Police operations are continuing to pursue and detain the remaining members of the group. The attackers had used both firearms and machetes. Dina said the police have seized two AK-47 assault rifles and 35 rounds of ammunition. This small total suggests that a sizeable number of guns must still be in the possession of the raiders.

“Public order and tranquillity have returned to normal”, said Dina. “The population are returning to the town and are resuming their activities, albeit timidly”. He denied reports that the raiders had looted banks and some local offices of the public administration.

Two of the attackers captured by the police confirmed under interrogation that the group consists of Mozambicans whose intentions, according to Dina, were “to sow an atmosphere of fear, panic and terror among the population, and to install public disorder”.

They are still being questioned as the authorities seek to discover any deeper purpose behind the raid.

In March and April, the Mocimboa da Praia district authorities had arrested some self-styled religious leaders accused of inciting civil disobedience. They had urged people not to pay taxes, not to seek medical care in public health units, and only to send their children to Koranic schools, not to the formal, public education system. It has been suggested that Thursday’s raid was retaliation for these arrests.