Maputo – Despite official claims that the situation has been brought under control, gunfire continued in the northern Mozambican town of Mocimboa da Praia on Friday morning, according to reports on Radio Mozambique. 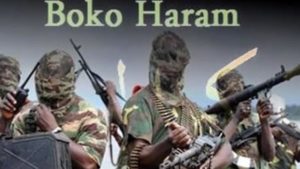 This small town on the coast of Cabo Delgado province came under attack by a group believed to be islamist extremists in a pre-dawn raid on Thursday. They attacked three police installations – the Mocimboa da Praia district police command, the police post in Awasse locality, and the Second Company of the Natural Resources and Environment Protection Unit.

The raiders took control of the town in the morning, but were then driven back in the afternoon when police reinforcements arrived from the provincial capital, Pemba.

In the evening, the Cabo Delgado provincial governor, Celmira da Slva, claimed the situation in the town was under control. But in a phone call broadcast live shortly after 20.00, a reporter from Mozambique Television (TVM) said he had been told to stay in the Mocimboa police barracks for his own safety. He could still hear gunshots nearby.

On Friday morning, the radio reported that gunshots could still be heard in the vicinity of the police command.

Details are sparse. Sources cited by the radio said that at least 11 of the attacking group and three policemen have died in the clashes. The spokesperson for the General Command of the police, Inacio Dina, put the size of the group at over 30.

Local residents said that some of the attackers told them they had nothing to do with the rebel movement Renamo. They said they would not harm members of the public and that their quarrel was only with the government. Nonetheless, most residents fled from the town into the bush. The streets of the town were deserted on Friday morning, with all establishments closed.

It is still not known who this group is, where it came from, and what it wants. Reports of a connection with the Somali terrorist group Al-Shabaab seem unlikely. A heavily armed group of Somalis would find it logistically difficult to reach Cabo Delgado from Somalia.

Furthermore, unlike Kenya and Uganda, Mozambique is not directly involved in the war in Somalia. It has not sent troops to join the African Union Mission in Somalia, which is assisting the Somali government in the fight against Al-Shabaab. There is thus no obvious motive for an Al-Shabaab attack on Mozambique.

According to Dina, the raiders were heard to speak in three languages – Portuguese, Swahili and Kimwani, a language spoken on the Cabo Delgado coast. It is most unlikely that any Al-Shabaab militants would be speaking in Portuguese or Kimwani.

It is thus far more probable that this group is Mozambican, though it may well draw inspiration from terrorist groups such as Al-Shabaab or Boko Haram in Nigeria.

There is no history of islamist terrorism in Mozambique, and nothing resembling the Mocimboa da Praia raid has ever happened before. Islamic organisations in Cabo Delgado, cited by TVM, declared that they had nothing to do with the Mocimboa attack.