In November 2008, Zimbabwe experienced the second highest recorded inflation rate in history, and with that, it entered the Hanke-Krus World Hyperinflation Table. That’s when the annual inflation rate reached a peak of 89.7 sextillion (10^21) percent (see table below). 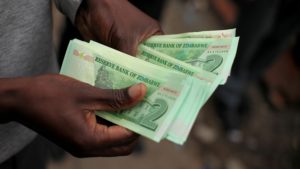 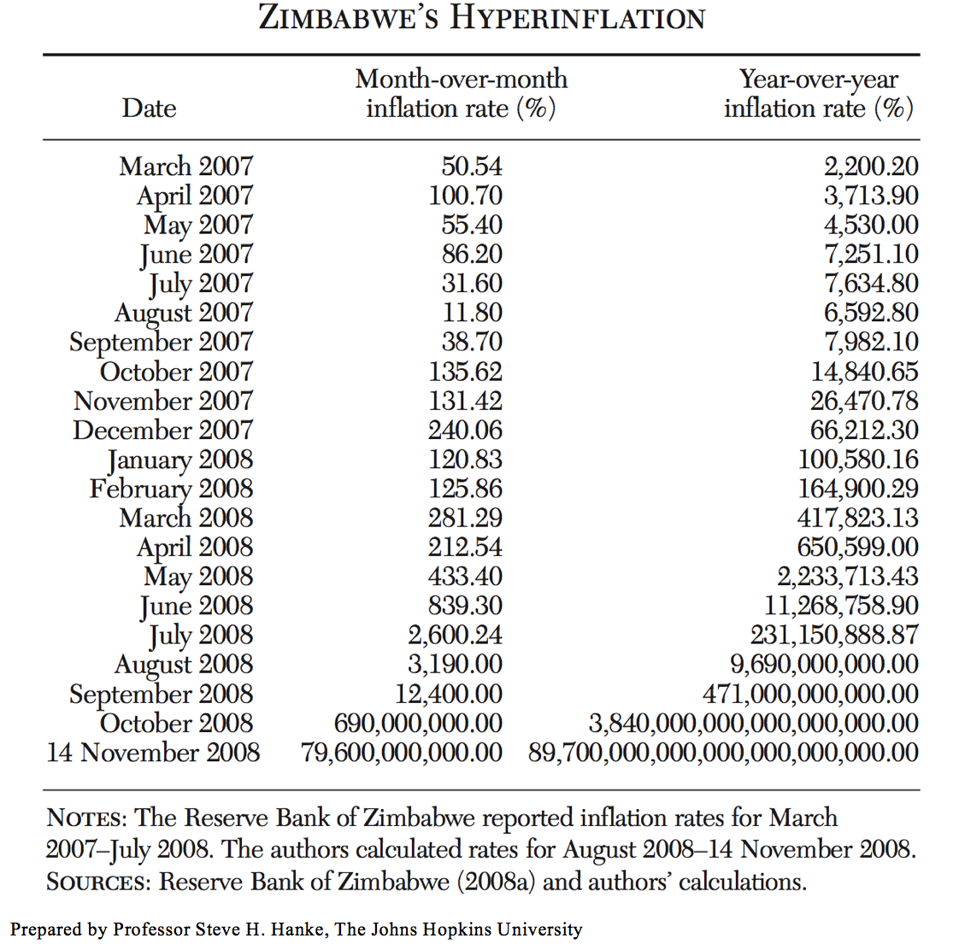 Just how was I able to do that?  During episodes of hyperinflation, the only reliable and feasible way to measure inflation is via the application of Purchasing Power Parity (PPP). To do that, one needs data on the most important price in the economy: the exchange rate between the domestic and a stable international currency. This was not feasible in Zimbabwe. The Zimbabwe dollar was not traded on an organized exchange that reported exchange rates. Moreover, there were multiple black-market (read: free market) exchange rates for cash, as well as non-cash Zimbabwe dollars (credit and debit cards, checks, and bank transfers). So, the use of black-market exchange rates was not feasible, either.

At the peak of Zimbabwe’s hyperinflation episode in November 2008, Zimbabweans refused to use the Zimbabwe dollar. With that, the economy was spontaneously, and unofficially, dollarized. Eventually, the government faced this fait accompli in early 2009, when they dollarized the economy by accepting the dollar as the unit of account for government finances.

Under this dollarized regime, Zimbabwe’s fiscal authorities could no longer demand that the Reserve Bank of Zimbabwe supply the government with credit (read: print money). This hard budget constraint became too onerous for the free spending government to abide by. In consequence, Zimbabwe’s government has employed Harry Houdini’s magic and circumvented the hard budget constraint imposed by dollarization. It has done so by creating a new fake dollar, which is referred to as the “New Zim Dollar.” Not surprisingly, this new Houdini creation is rapidly becoming worthless. This makes the methodology that I employed to measure inflation during Zimbabwe’s hyperinflation episode relevant again. Since Old Mutual’s price on the Zimbabwe Stock Exchange is denominated in “New Zim Dollars” and Old Mutual’s price on the London Stock Exchange is denominated in British pound sterling, we can create a “New Zim Dollar”/sterling implied exchange rate. This exchange rate can be transformed using PPP to accurately measure Zimbabwe’s inflation. At present (09/29/17), Zimbabwe’s annual inflation rate has soared to 242.72%. This makes it the second highest inflation rate in the world after Venezuela (see chart below).