The first major UN event since Emmerson Mnangagwa came to power opens today in the French capital. But there will be no money for Zimbabwe, or anyone else. 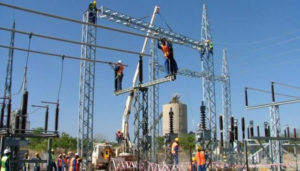 As world leaders gather today in Paris, marking the anniversary of a climate deal signed in the city two years ago, Zimbabwe will be represented by senior officials, but there is little sign of the $100bn pledged to help developing countries meet their goals on global warming.

This will be the first significant UN meeting since former president Robert Mugabe was ousted on 18 November and replaced by Emmerson Mnangagwa.

“We need to mobilise the agreed $100 billion for developing countries,” Mr Guterres said.

“This is crucial to spur action and to build trust. We are far from having that entirely guaranteed.”

While former US leader Barrack Obama signed up to the fund, Donald Trump has withdrawn his country from the Paris accord and made clear he is not happy about funding any part of it. So far, little over 10 per cent of the $100bn has been raised.

However, Mr Trump has committed to helping those countries that burn coal to reduce pollution by using the latest American clean-coal technology.

Zimbabwe gets its electricity from three key sources: coal, hydro mostly from Lake Kariba, and imports from South African parastatal, Eskom. The latter has been a problem due to Harare’s lack of foreign exchange.

Countries like Zimbabwe, with faltering power and a reliance on fossil fuel, would be high on the list of recipients for money from the Paris fund, but with a 90 per cent shortfall, analysts say priority will go to low-lying Pacific islands that might be lost to rising sea levels.

A report last month by Standard & Poors questioned whether the $100bn would ever become a reality.

“In our view, it is very unlikely that governments would be willing, or able, to risk deteriorating their creditworthiness by stretching their budgets and debt burdens” to stoke up the fund, the report said.

The Paris Accord, signed and ratified by heads of state from around the world, including Zimbabwe, is aimed at cutting the rise in temperature caused by carbon and other gases. China and India, two of the world’s largest polluters, have agreed to slow the burning of coal in generating electricity, but have this year increased its use.

India still has an estimated 300 million citizens without electricity and concedes that getting such a huge number of people onto a national grid can only be achieved with fossil fuel. Solar and wind technology are being phased in by the Delhi government, but only work when the weather permits.

As in Africa, theft of solar panels across Asia and Latin America has been a problem.

Africa has a staggering 600 million people living off the grid. South Africa is close to full electrification, but produces 92 per cent of its power from coal and is busy opening new plants, including one of the world’s largest coal-fired generators at Medupi in Limpopo Province, close to the border with Botswana.

The World Bank refused to help fund Medupi because of a policy ban on projects using coal. The Trump administration has said it will work to change the policy.

Critics say the Paris deal commits countries to aims and goals on reducing emissions, but takes no account of how to generate enough power to bring Africa in line with the US or Europe.

Even if the Paris money was available, it is unclear how Africa could produce enough kilowatts without using oil, gas or coal.

Nigerian neurosurgeon, Sylvanus Ayeni, who splits his time between the United States and Africa says money is not the answer.

“We hear endlessly how a gift of money can put things right, but more than a trillion dollars in aid to Africa since 1960 has done little to help.”

In his book Rescue Thyself, subtitled “Change in sub-Saharan Africa must come from within,” Dr Ayeni says electricity remains a key challenge for Africa.

“We need solutions that work locally, not wafty notions from aid junkies and NGOs who, when they get it wrong, run back to the comfort of London or LA

“For example, what’s the point of spending scarce foreign exchange to import solar panels or wind turbines for oil rich countries like Angola or Nigeria. Or to Mozambique with natural gas, or Tanzania, Zimbabwe and South Africa with billions of tons of coal in the ground.”

Today’s meeting will be the final UN gathering of 2017 on climate change and while debate will continue in 2018, analysts say there remains little likelihood of funding the Paris Accord.