The popular Bulawayo Seventh Day Adventist Church pastor now based in Angola Burns Musa Sibanda is languishing in an Angolan prison after being sentenced to serve jail time by a magistrate in that country without trial. 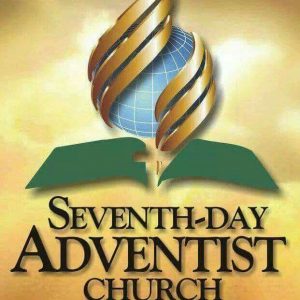 Sibanda was incarcerated with four other SDA pastors on December 29 last year for allegedly kidnapping a fellow pastor.

According to the Angolan Newspaper Maka, the five were sentenced to prison terms ranging between three and five years, without being either charged or going for trial.

Pastor Sibanda and his Zambian colleague, Passmore Hachalinga were each sentenced to three years and half years in prison on unexplained charges of kidnapping by Judge Antonio Francisco.

“I can only confirm that he is jailed in Angola as I am waiting for the next high office for exact details of what is happening on the ground,” he said.

In a statement, the SDA church leadership in Southern Africa, the Southern Africa-Indian Ocean Division (SID), said an appeal against both the conviction and sentence has been lodged.

The SID’s full statement on the arrests reads as follows:

The matter went to Court for trial and after several appearances, the Court found the individuals guilty of a crime with which they were not charged and in the opinion of the lawyers involved and other observers there was insufficient and contradictory evidence to justify this conclusion. The Court found that they were guilty of plotting the kidnapping of the former President.

This finding was despite the Prosecutor in the case submitting to the Court that there was no basis for this case against the five accused as there was no evidence to support the allegations of either a kidnap or a plot to kidnap. The court took it upon itself to make a guilty finding, and then proceeded to sentence the accused.

Subsequently, an appeal against both the finding and sentence in this matter has been lodged. We are aware that this matter creates uncertainty with regards to some of our leaders at the Union. However, having studied the case, evidence presented as well as the law applicable in this matter, we are convinced that the trial court has erred in law and grossly misdirected itself in its findings.

We believe that the higher courts will no doubt arrive at a different decision and for this reason, we have supported the appeal and application process relating to illegal detention of the two Pastors. We are saddened by the lack of due process evidenced in this case and are working by different avenues to overturn this grave injustice and secure the release of our church leaders.

In the meantime, we appeal for prayer and support for our leaders as did the Church in Acts 12:1-9. We will issue another statement as more information becomes available. Let us remember that these issues point to one fact and that is that the great controversy continues to reign but His coming is soon! Lift up your heads therefore for our redemption draws nigh.