Have you ever heard of M-Pesa? Do you want to learn about what it is or how it works? If you are interested in finding out more about M-Pesa, including the MPesa rates, then check out this article, and we will tell you all about it! 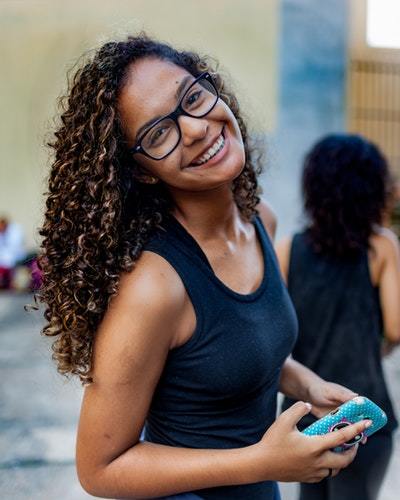 M-Pesa is a mobile service for money transfers, microfinancing and financing. It was launched back in 2007 by Vodafone for Vodacom and Safaricom (the biggest mobile operators in Tanzania and Kenya respectively). The name M-Pesa comes from combining the letter M (which stands for Mobile) with the Swahili word for money, pesa.

Since its conception, the service has spread to India, South Africa, Afghanistan, Romania and Albania. It gives users the ability to withdraw, deposit or transfer money, as well as pay for goods and services with their mobile devices. The latter feature is available via Lipa na M-Pesa.

M-Pesa allows its users to make a deposit to an account, which is stored on their mobile phones; to send money via secure text messages to other people (including sellers); and to redeem a deposit for regular money.

Each time the users withdraw or send money via the service, they are charged a small fee. Here is a link you can click for more info on M-Pesa rates. M-Pesa customers can withdraw or deposit money from a whole network of agents, including retail outlets and airtime resellers that act as banking agents. This makes it a branchless banking service.

Even though M-Pesa was established in 2007, its history dates all the way back to 2002, when researchers found that people in Botswana, Ghana and Uganda were using airtime as a way to transfer money. In Kenya, people sent airtime to their friends and relatives, who then used it or resold it.

The researchers in question were from the company called Gamos, which was funded by Department for International Development UK. After learning about the airtime situation in Africa, they approached MCel from Mozambique, who introduced a precursor to M-Pesa in 2004. The idea gained traction, and Gamos were introduced to Vodafone, who were thinking of supporting back office banking and microfinance with the help of mobile phones.

After a short period of deliberation and transferring responsibility, a pilot project was launched in 2005. A Moi University student designed software that allowed people to withdraw, receive and send money from their phones. Soon after that, Safaricom bought him out and became the sole owner of the rights for this software. Thus, in 2007, M-Pesa was born.

At first, development lay on the shoulders of Sagentia. Then, it was transferred to IBM in 2009, along with the major part of the Sagentia team. A year ago, responsibility for the project moved hands once again. Now, Huawei is responsible for developing M-Pesa.

The service is gaining popularity every day. For instance, in 2016, Ksh 15 billion were used in transactions every day via the Kenyan M-Pesa, which absolutely unimaginable.

What is M-Pesa for?

Now that we have talked about the history of M-Pesa, let’s find out what it is all about. These days, it is operated by Vodacom and Safaricom, which are both mobile carriers that are not deposit-taking institutions. As we have briefly mentioned previously, the customers of M-Pesa can withdraw and deposit money from a whole network of agents, including retail outlets and airtime resellers.

With the help of this service, its users can:

Now, the user interface is different for users in Tanzania and Kenya, even though the software itself is the same. Safaricom offers its clients the use of the SIM toolkit that contains handset menus to access the service. Vodacom, on the other hand, mostly relies on USSD, even though SIM toolkit works as well.

We will not go too much into detail about the M-Pesa rates and charges. If you want to, you can find out more about MPesa charges Kenya if you go to the link we have mentioned above. Nevertheless, we will say a few words about it.

Charges for transactions depend on the size of the transfer and whether the person on the receiving end is registered for this service. However, the actual rate is fixed for given transfer brackets. Here is how it works:

From what we have gathered, M-Pesa seems like an excellent service that allows people to use their money freely and without too much hassle. It would be fascinating to see how the system grows and changes over the years. We hope you have enjoyed this article and learned something new!