Two Malawian armed robbers have each been sentenced to eight years in prison after the police intercepted them driving a  VW Amarok vehicle they had stolen from neighbouring South Africa. 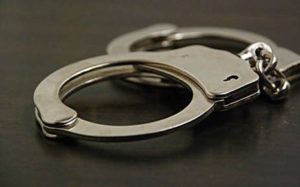 Donex M’madi (35) and Alick Chaponda pleaded not guilty to theft when they appeared before Gwanda regional magistrate, Mr Mark Dzira, but were convicted due to overwhelming evidence. M’madi and Chaponda were each sentenced to eight years imprisonment and two years were suspended on condition that they do not commit a similar offence within the next five years.

Prosecuting, Mr Pearson Chekeya said M’madi and Chaponda who were armed with guns broke into Mr Fernando Macala’s house on July 15 at around 2AM and demanded his car keys. They were intercepted by police officers who were manning a roadblock at the 169 kilometre peg along the Bulawayo- Beitbridge road on July 20 while driving the stolen VW Amarok vehicle.

“Mr Macala was asleep in his house when he was woken up by M’madi and Chaponda who were pointing firearms at him. They demanded his car keys and drove away in his vehicle. They also took a 32 inch LG Plasma television set, $2 940 cash, clothes, bank card, shop account card and a driver’s licence which was also in the car.

“On 20 July they were stopped by Gwanda traffic police officers that were manning a roadblock at the 169 kilometre peg along the Bulawayo- Beitbridge Road while driving the stolen vehicle,” he said.

In their defence, M’madi and Chaponda through their lawyer, Mr Thobekani Nyathi of Masawi and Partners, denied going to Mr Macala’s house and stealing his car.

“My first client M’madi is a driver and he performs piece jobs such as cross border transportation. He was contacted by one Mr Samson Mkhwananzi on July 17 who asked him to drive his vehicle to Malawi.

“My client met with Mr Mkhwananzi at the Beitbridge Border Post and was given the vehicle registration book which was in Mr Mkhwananzi’s name, temporary import permit and a carbon tax receipt and an affidavit authorising him to drive the vehicle. My client therefore thought that the vehicle belonged to Mr Samson Mkhwananzi and was not aware that it was stolen,” he said.

Mr Nyathi said his second client was on his way to Malawi and was offered a lift by Mr Mkhwananzi who later handed him over to M’madi. He said Chaponda was not aware that the vehicle he was travelling in was stolen.- state media