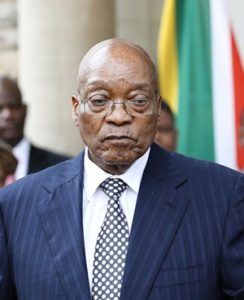 Judgment will be handed down in the Pretoria High Court on Thursday 1 March at 10h00 in the Law Society of South Africa’s court case against former President Jacob Zuma for his role in unilaterally closing down southern Africa’s regional court, the SADC Tribunal.

Below and attached is a summary of the arguments.

Summary: Hearing of court case against President Zuma and the South African government for their role in the closure of the regional court, the SADC Tribunal

The hearing of the Court Case against President Jacob Zuma for his role in unilaterally closing down southern Africa’s regional court, the SADC Tribunal, in 2012, took place in the Pretoria High Court on Monday February 5, 2018.

It was heard before three High Court Judges, including the Judge President.  Advocate, Jeremy Gauntlett QC SC, acting for civil rights group AfriForm on behalf of four Zimbabwean farmers and two agricultural companies that had joined the case, gave the main argument.

It was argued that President Zuma, by signing the Protocol which took away the rights of Southern African Development Community (SADC) citizens to go to the SADC Tribunal on human rights issues, was not acting consistently with his constitutional duties.

He also argued that the SADC Tribunal’s existence was an integral part of the SADC Treaty.

He went on to say that President Zuma acted in an irrational manner by not then going through the necessary steps to ratify his action through Parliament – and that there was no legitimate government objective in President Zuma’s action.

It was argued that President Zuma’s signature – in removing access to the Tribunal for individual SADC citizens – ignored the vested rights of the 277 million citizens and was done in bad faith.

It was pointed out that President Zuma had ignored the SADC Ministers of Justice and Attorneys-General recommendations, as well as the World Trade Institute Advisors (WTIA) report.

Advocate Gauntlett said “it was the jewel in the crown; the engine; the heart beat of the Tribunal to deal with human rights issues.”

When SADC created the Tribunal, which was officially established in August 2005, it was created for human rights.  This was the heart of it. There was also a Constitutional obligation to protect and advance human rights.

There was no explanation as to why the compensation case of Zimbabwean farmers Jarrett et al had not been allowed to continue.  Zimbabwe violated the SADC Treaty so it was irrational that that this should not have been addressed. The closing of courts is contrary to international law and the SADC Treaty.

President Zuma operated at the highest level and had a Constitutional obligation to protect and advance human rights but did the opposite, also failing in his democratic obligations for a participatory process in lawmaking.

It was pointed out that if you take courts away, it is also contrary to the Constitution.

It was confirmed that Constitutional obligations are not trumped by comity (the need to act together with other states like Zimbabwe).

“All arguments went well and they were completed in a single day, with excellent engagement from the Judges, said SADC Tribunal Rights Watch spokesperson, Ben Freeth.

He said that a judgment should be given in the next three weeks.