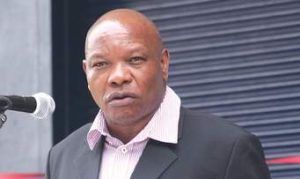 Addressing stakeholders at the National Tourism Sector Strategy Consultative workshop in Mutare on Monday, Kaseke said for the past 20 years Zimbabwe had lost valuable tourism trade. “It was all about the rule of law. The tourists said that there was no rule of law in Zimbabwe and they feared visiting the country,” he said.

“During our re-branding campaigns we were told by some tourists that they would not step into Zimbabwe as long as Mugabe remained in power. This is something we could not talk about then but the negative image was so bad. We were hitting our heads against the wall. We have lost 20 years,” said Kaseke. “We also had advice from the world economic forum who wanted to assist us in making amends by shifting some policies and l discussed that with the former minister (Walter) Mzembi and he said it was the work of our detractors,” he explained.

He added that there was need to revise the Indigenisation Policy. “Honestly, it is a retrogressive policy  in our efforts to lure international brands to invest in the country’s tourism sector,” explained Kaseke. He expressed confidence in the Mnangagwa government. “We are ready to listen to all the players in the sector. Let’s work together and respect the vision of the new government. We will look into all deliberations raised towards improving the country’s tourism sector,” he said.

Kaseke said tourism, if managed well, has thevpotential to contribute immensely towards the Gross Domestic Product and employment creation.