SOUTH African MPs recently voted in favour of a motion to begin a process that will allow land expropriation without compensation. 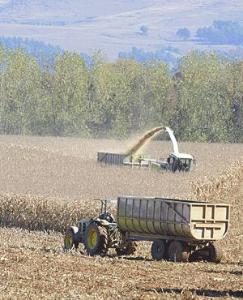 But as the country pushes for this radical move, seen as a way to redress imbalances of the past and promote land ownership and participation in the agricultural sector by black people, it is important that those involved take lessons from its northern neighbour, Zimbabwe.

Zimbabwe went through the same process of fast-tracking land reform and managed to displace commercial white farmers, replacing them with blacks, but the results were not as desirable as many would have wanted. Following the exercise, which took place at the turn of the new millennium in the year 2000, the country plunged into an economic and social crisis whose effect is still being felt up to now.

This sad chapter, which has cost Zimbabwe probably two decades of any meaningful development, is still to come to an end as the land question remains a thorny issue far from being solved.

This comes as those who were given land – due to lack of knowledge, resources and the desire to utilise it – have failed to produce enough food for the nation. Others, who also benefited from the chaotic land reform programme, only did so for speculative purposes and are holding on to vast tracts of idle land.

Lesson #1: Give land to those who can really use it

This is lesson number one for South Africa: if land is to be taken, let it be given to those who have the knowledge, the resources and the desire to use it to its full purpose.

This lesson also includes the aspect of order. There should be no room for chaos, but people should be given land fit for the purpose they want to use it for. It makes no sense to give land suited for crops to a farmer who wants to embark on cattle ranching.

While this might look like an example plucked from the blue, sadly that’s what happened in Zimbabwe, where farmers ploughed and applied fertilisers without any knowledge about the type of soil in use.

Lesson #2: Give farmers title to the land

The other mistake made in Zimbabwe, which should be a lesson for South Africa, was to take land out of the market. Following the land reform in Zimbabwe, all land was said to belong to the state, with farmers getting no title for the land that they would have been allocated.

This meant farmers were hamstrung and could not invest in meaningful infrastructure on a piece of land they could be chucked off at any time. Cases of several people being given an offer later for the same piece of land were rampant in Zimbabwe, with those with political muscle always winning.

This obviously discouraged investment. Land without title also meant it could not be used for collateral leaving the new farmers, in need of adequate resources, stranded as they could not borrow to capitalise and run the farming business.

Property rights, therefore, are not only prerequisites for the release of the funding that supports every farming activity; they are also the motivational stimulant to a farmers’ determination to succeed. Whatever happens in South Africa, land should not be taken out of the market and title must be given as this is the only certainty that can motivate the farmer and funders to pour in financial resources.

Lesson #4: Land has complex links with the whole economy

The responsible authorities also need to understand that land goes beyond farming but is interlinked with the rest of the economy. Farming links feed into manufacturing in many food and non-food areas, from milk to textiles to tobacco, sawn timber, cardboard and tissue paper.

As Zimbabwean economist John Robertson puts it in a paper entitled ‘Strengthening Africa’s economic performance’, published in November 2017 by the Brenthurst Foundation, “A key reason for the crash that destroyed Zimbabwe’s manufacturing sector was the government’s failure to recognise that commercial farming was an industry with complex links into every other industrial sector.”

Before a farm is expropriated, there is need to look at the whole value chain and appreciate that whatever we do on land, will not disrupt upstream and downstream industries. Zimbabwe is currently importing more than half of its milk requirements from South Africa, but this has not always been the case.

Using the milk example, there is nothing much to imagine as the milk upstream value chain is immense. Industries and companies involved in the processing of milk-based products are threatened when the supply of raw milk become scarce. Jobs were lost as companies had to downscale while others closed.

Then there is also the downstream side of the value chain. Much of Zimbabwe’s farming equipment was produced locally including farming equipment such as plough discs, harrows and planters. With the dairy herd gone, so too the consumers of stockfeeds, veterinary services, vaccines, etc – the list is endless.

This again leads to the loss of jobs and closure of companies. A drive around Zimbabwe’s industrial areas will reveal a sorry sight of what once-thriving companies have become. Rusty factory shells line up the roads with no hope of coming back to life, all because of one move – chaotic land expropriation.

The dairy industry is just an example, but you can take any crop, plant or agricultural activity and appreciate the linkages with upstream and downstream industries.

As South Africa embarks on the land expropriation road, it is to be hoped that the authorities and those leading the campaign will have full appreciation of what it means and make the right decisions. Zimbabwe is a good case study whose land reform pitfalls should not be repeated.