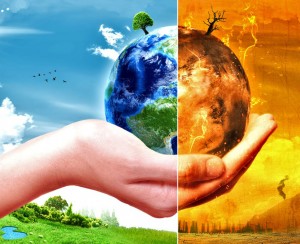 The ZHDR 2017 has a special focus on issues of climate change, hence its theme is Climate Change and Human Development: Towards Building a Climate Resilient Nation.

Climate change can have adverse impacts on the lives and wellbeing of Zimbabweans and can constrain or even reverse the progress in social and human development that Zimbabwe has previously accomplished Zimbabwe is experiencing hotter and fewer cold days as a result of climate change and variability There has been an overall decline of nearly 5 percent in rainfall across Zimbabwe during the past century, with temporal and spatial rainfall variation in mean rainfall received The impacts of climate change on Zimbabwe’s economy, which is primarily agro-based, with over 70 percent of the population living in rural areas and dependant on climate sensitive livelihoods such as arable farming and livestock, is large Appropriate agro-ecology and climate resilient agricultural practices, such as conservation agriculture, ensure improved production which does not undermine the environmental base and have the potential to improve in-situ water conservation Improved governance structures that are gender sensitive, strengthened formal and informal institutions, strengthened disease surveillance systems, and development of a Public Health Adaptation to Climate Change Plan are some of the strategies that could be used to address climate change challenges