The Zimbabwe Rural Schools Library Trust has completed putting together songs for a musical album to be officially launched in New Zealand and in Zimbabwe soon. 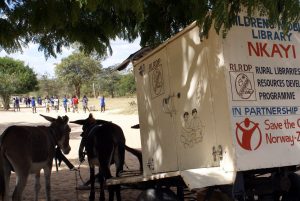 “There have been a lot of twists and turn in the arduous journey, and
there is great excitement in the camp that we have completed the most
important phase of putting together the songs”, said the trust’s Musical
Album Project Sponsor Driden Kunaka, who is also the chairman of the
trust’s New Zealand Chapter. “Everyone is excited, from the participating
musicians, the trustees, Goodwill Ambassadors, fundraisers, supporters and
well-wishers. We had been hamstrung by the financial resources to record
songs after musicians had volunteered to create songs. Some of the
musicians ended offering to meet the recording costs of their songs for a
worthy cause, while newly established record label Inspirational Music
assisted by recording some of the artists in their studio”, added Kunaka.

Inspirational Music Director Tafi Sango-Moyo confirmed his company’s
support and encouraged other businesses across sectors and well-wishers to
support the trust to ensure a successful launch of the album. “We heard
about the great initiative and the challenges the trust was facing and
offered to play our small part by offering our studios for some of the
musicians’ recording”, said Sango-Moyo.

Chairman of the Trust in Zimbabwe Matthew Chandaengerwa was optimistic the
album will send a strong message encouraging learning, reading and use of
libraries. “This is a unique album with a difference with powerful songs
done in different genres to suit a variety of audiences, involving
children as young as ten years, some of whom were recording for the first
time and experienced mature musicians, done by musicians based in Canada,
New Zealand, the United Kingdom and Zimbabwe. While the majority of the
songs are on learning, reading and use of libraries, there are a few
non-themed songs added as interludes between the powerful learning,
reading and libraries messages.”

Plans are afoot for the official launch of the album in New Zealand and in
Zimbabwe. “We still have some resource constraints, and are looking for
business interested in promoting their products and services through our
album launch, and we will update as we progress”, Chandaengerwa said.