Zimbabwe wants mining companies operating in the country to list the majority of their shares on the local exchange, stirring uncertainty among investors as the nation with the world’s biggest platinum reserves after South Africa tries to bring in money to fix the economy. 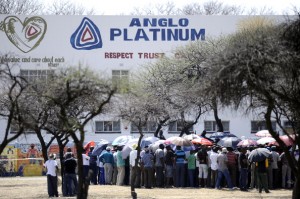 “No mining right or title shall be granted or issued to a public company unless the majority of its shares are listed on a securities exchange in Zimbabwe,” the government said in the Mines and Minerals Bill before parliament, received by email Thursday.

Companies that are seeking mining rights and already listed on a foreign bourse must notify the mines minister, and 85 percent of the funds from the local listing must be used exclusively to develop the local right, according to the bill.

Platinum and diamonds are key exports for an economy that has halved in size since 2000 after a chaotic and violent land-reform program introduced by former ruler Robert Mugabe slashed shipments of tobacco, corn and roses. Zimbabwe also holds substantial deposits of gold, chrome, lithium, coal and iron ore.

The government appears to want to hold mining companies more accountable, said Jee-A van der Linde, an analyst at Cape Town-based NKC African Economics. “However, to compel firms to list the majority of their shares on the Zimbabwe’s stock market may not necessarily yield the desired result, and may end up creating more uncertainty — especially for foreign investors that are looking to invest.”

Since he assumed office in November, President Emmerson Mnangagwa is courting foreign investment, saying that the country is open for business. As part of his policy to fix the economy, he has reversed several measures from the Mugabe era that were seen as hostile to outside investment, including black-ownership land laws.

Zimbabwe’s Chamber of Mines can’t comment on the bill because its proposals are still under consideration by the authorities, according to Pardon Chitsuro, an economist at the Chamber. “At this stage, we can’t divulge what we’ve put forward since the process is on course,” he said.

Metallon Corp., Zimbabwe’s biggest gold miner, said last month it may invest as much as $400 million over the next four years if economic conditions improve.

“The minister shall be entitled to cancel any mining right or title once it is proven that any person has falsified information,” the bill said. Anyone who fails to comply will be “liable to a fine equivalent to 100 percent of cash raised at the foreign listing or to imprisonment for a period not exceeding 10 years, or both.”