The BMI Research analyst who follows the Mozambican economy today told Lusa that the death of Afonso Dhlakama has “moderately increased” the country’s political risk, given the uncertainties about the peace negotiations. 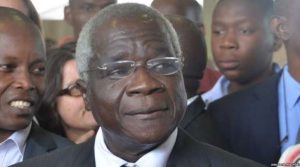 “In the short term, the political risk has been moderately increased with Dhlakama’s death,” Julie Beckenstein told Lusa, recalling that the Renamo leader “played a central role in the negotiations between the government and the opposition”.

His death, she added, “occurred before any decentralisation agreement was finalised and implemented, and this raises some questions about the future of the process”.

“It can be argued that there was a similar case in the Democratic Republic of Congo when the historic opposition leader Etienne Tshisekedi died in 2017, weakening opposition cohesion and empowering the Kabila government.”

It is still early, she said, to see if “a similar scenario will unfold in Mozambique, but the risk cannot be excluded,” she concluded.

Afonso Dhlakama died on Thursday at the age of 65, in Gorongosa Mountain, due to health complications. The president of the main Mozambican opposition party had already died when a helicopter landed near his residence in Gorongosa to try to transfer him to a medical facility.