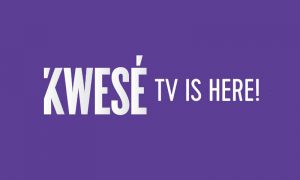 Barely a day after Econet Wireless Zimbabwe announced that customers can now subscribe to the new Kwese TV service, the Broadcasting Authority of Zimbabwe (BAZ) released a statement saying that Kwese TV is not yet licensed to operate in the country. BAZ’s pretext was that Dr. Dish’s license was canceled when the company initially attempted DTH pay-TV some years ago.

This then started a series of court battles and the halting of kwese to broadcast and sell their decoders.

Dr dish issued an ultimatum to BAZ demandinding that it retracts the cancellation of its license or else face legal action. It also threatened to sue BAZ CEO, Mr. Obert Muganyura, in his personal capacity, for any loss in revenue that they would suffer due to what they referred to as an “illegal decision”.

Unswayed by the threats, BAZ ignored Dr. Dish’s threats. Dr dish finally took the case before the high court represented by the Econet associated lawayer, Tawanda Nyambirai. Dr. Dish pretext for the labeling BAZ’s decision was that the CEO of BAZ did not have the authority to cancel their license as it was a Board’s decision. But back then BAZ had no Board and it still doesn’t have a board as of today.

After seeing that BAZ was unrelenting and the case could take forever to be resolved, Kwesé TV sought a High Court permission to continue operating despite the BAZ appeal.

Again, Kwese suspended its operations after Dr Dish’s license was cancelled. But a few weeks later Kwese was told to resume operations again until the Supreme Court decided.

Then something shocking happened.

Kwese (Econet Media) terminated their contract with Dr. Dish, the company which had a broadcasting licence that Kwese was using to broadcast in Zimbabwe.

The termination happened most likely because Gerald Mlotshwa, a guy married to President Mnangagwa’s daughter had acquired a controling stake in Dr Dish. The problem was Mlotshwa also has 40% stake in Telecel which is a competitor to Econet Wireless Zimbabwe. (Mlotshwa’s claim on Telecel is now under challenge too). This arrangement was not appealing to Econet so it decided to sever the ties.

This could be what  motivated them to apply for three broadcasting licenses which they have been eventually granted. This means they don’t need to rely on anyone just for a license anymore.

But something is fishy here.

When Kwese severed ties with Dr. Dish, whose license they were using to broadcast doesn’t that mean they were now operating illegally till now?

Let’s look at it from another perspective. Who licensed Kwese when BAZ doesn’t’ have a Board which is responsible for the granting of broadcasting licenses? We will relook at the Broadcasting Act to understand more clearly how these things work.

The whole argument that Dr Dish and Kwese took to the High Court in the first place was that BAZ could not legally revoke or grant license without a board. What’s changed now? We are obviously not legal minds so we might have missed something, hope we will get legal comment on this soon.