Harare - The Coca-Cola Company and Schweppes Zimbabwe Limited have bowed down to public pressure and has announced the re-introduction of popular cordial drinks that had their ingredients changed. 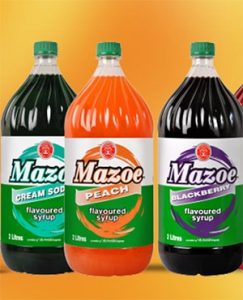 In changing the ingredients, the beverages company had said the decision was informed by the need to fight obesity.

“Around the world, eating and drinking less sugar is an increasingly important issue for many people. Sugar in both foods and beverages can be part of a balanced lifestyle if people don’t have too much,” said Coca-Cola in a statement last week.

Zimbabweans, however, registered their displeasure with the new products amid social media calls for a product boycott.

In a statement released on Wednesday, Coca-Cola however announced that it was re-introducing the original Mazoe recipes for all flavours in the near future.

“We have listened to consumer demand and appreciate all the feedback that has been received. In order to meet those desires but still provide choice, both the original recipes of Mazoe and the reduced sugar recipes will be offered.

“Both variants will be clearly labelled, actively encouraging and enabling consumers to enjoy our added-sugar beverages responsibly,” said Coca-Cola.

The beverages giant added that its products are safe but changes were only made to help people reduce added-sugar in their diets.

“We stand by the safety of all ingredients used in our products and we’re committed to offering choice to help people reduce added-sugar in their diets.

“The sweeteners we use to do this are some of the most thoroughly researched ingredients in the world, with scientific studies consistently confirming their use and safety. They have been confirmed as safe by globally recognised authorities and local regulatory bodies,” said Coca-Cola in another statement issued on Monday when it tried to justify the earlier decision which the public was not buying.

Mazoe is popular in Zimbabwe and changes to the ingredients had caused an outcry as reported by Fin24 last week.