Harare — Zimbabwe’s parliament has passed amendments to its mining bill after removing clauses that required foreign mining companies to list locally, according to an official record of parliament’s debates seen on Friday. 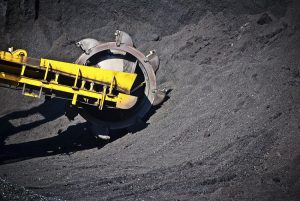 Last month, mines minister Winston Chitando promised to remove the requirements, which he said caused panic among foreign mining firms and were contrary to the government’s push to open Zimbabwe to foreign investors. The country has seen increased interest from foreign investors since the downfall of Robert Mugabe in a de facto military coup in November.

The amendments to the mining bill, which were passed on Thursday, also allow the mines minister, after consulting with the president, to designate any mineral as strategic if “it would be in the interests of the development of the mining industry”. Designating a mineral as strategic grants the government greater control over its mining.

Mining accounts for more than half Zimbabwe’s export earnings, but investors have stayed away from the country, partly because of opaque black economic empowerment (BEE) rules.

The mining bill will also, for the first time, officially recognise small-scale miners, who produce more than 40% of Zimbabwe’s gold output, meaning their operations will no longer be considered illegal.