In February 2018, the African National Congress (ANC) government of South Africa joined with the radical left-leaning Economic Freedom Fighters (EFF) to approve a motion in parliament to request the Constitutional Review Committee to “undertake a process of consultation to determine the modalities of the governing party resolution”. 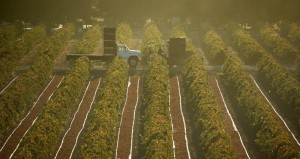 The resolution referred to was that “[The] conference resolved that the ANC should, as a matter of policy, pursue expropriation of land without compensation. This should be pursued without destabilising the agricultural sector, without endangering food security in our country and without undermining economic growth and job creation.”

Whilst the words “expropriation without compensation” sound ominously like a precursor to a Zimbabwe-like dispossession of property, it is not. If food security is to be protected and economic growth and job creation are not to be undermined, the process that is being considered is vastly different to the illegal taking of property by force in Zimbabwe, which was done with the approval of the former president, Robert Mugabe. The South African motion respects the Constitution, even though the proposal seeks to weaken its property rights protection clause. The general public does have the right to comment on the parliamentary proposal. Free market think tanks, such as the Free Market Foundation (FMF), and other civil society organisations, will make submissions to the Review Committee opposing changes to the property rights protection clause in the Constitution. As a last resort, a constitutional change that weakens property rights protection will be challenged in the courts.

That said, there are serious problems facing the country. Some of the most serious are mass unemployment, shockingly poor education, a steady deterioration in the provision of state health care to the poor, and grandiose ideas to establish a national health system. Another is the hangover from the property rights deprivation inflicted on black South Africans by successive governments, commencing with legislation adopted in 1913 and signed into law by the British Governor General, which provided for the seizure of all land owned by black South Africans, prohibited white farmers from farming in partnership with or leasing land to black farmers, and reserved land ownership in most of South Africa to people classified as “white”.

The famous black journalist and author Sol T Plaatje, commenting on the legislative process that culminated in the enactment of the egregious 1913 legislation, uttered the following ominous words: “Look at the weighty arguments delivered inside and outside Parliament against the Natives Land Act. Surely no legislature with a sense of responsibility could have passed that law after hearing arguments of such force and weight against it; but the South African legislature passed that Act and seems to glory in the wretched result of its operation.” One can be sure that Plaatje, if alive today, would have been appalled that a post-apartheid South African government would be contemplating changing the Constitution to allow for expropriation of land without compensation. Plaatje, who was the first Secretary General of the South African Native National Congress (precursor to the ANC), would certainly have been urging his party to think long term to ensure that black South Africans would never again be at the mercy of a government wishing to take their property. He would have further urged that the black-dominated government should not allow the seizure of property of any sector of the population. And that, therefore, they should not weaken the constitutional property rights protection available to future generations of black South Africans to achieve a short term political or ideological objective.

Fundamentally, I am of the view that South Africa will not go the way of Zimbabwe. Of course, the land deprivation issue rankles deeply, made worse by poor administration and the appalling level of corruption experienced during the presidency of Jacob Zuma. As could be expected, all the economic woes are being blamed on apartheid and colonialism. Had the ANC continued with the policies followed during the Mandela presidency, we would not have the discontent and unrest that is becoming endemic today. Unrest is often described as resulting from “poor service delivery”. The words, in reality, cover a multitude of aggravating conditions.

South Africa was 46th on the 2000 Economic Freedom of the World Annual Report rankings and in the next 15 years slid down the rankings to 95th in 2015. Excessive regulation, extensive government intrusion into the economy, massive and costly blunders in the management of state-owned enterprises and functions (airlines, airports, schooling, electricity production and distribution, railways) have all led to reduced economic growth, higher taxes, increased state indebtedness, lower GDP, and higher unemployment. Given these conditions, increased unemployment, poverty and a restive population was unavoidable.

Without substantial change, South Africa could have headed downhill towards becoming a failed state, although it was unlikely to have imploded like Zimbabwe. There are too many strengths in the country, such as a central bank that does a good job of providing the country with a relatively low inflation rate and a stable currency. There is a good constitution and a judiciary that is not a lackey of government. The banks are sound and well managed and there is a great deal of talent in the business community. Fortunately, the country has a new President who understands law and apparently basic economics at least. However, this is to be qualified by the fact that, as is the case generally with policymakers, he may succumb to political expediencies especially with elections that are scheduled to take place next year, 2019.  In the same breath, it has to be acknowledged that he has already made substantial changes and has appointed a former Minister of Finance to sort out the chaotic state-owned enterprises. However, the multifaceted challenges that confront the country, especially the threat of expropriation of land without compensation, requires decisive leadership, fixity of purpose, and moral courage and integrity; qualities such as those that characterised the Mandela administration. It remains to be seen whether President Ramaphosa will measure up to the task.

Zimbabwe had one of the world’s most spectacular currency destruction episodes ever. From being a stable, peaceful country with a growing GDP per capita, it became lawless and poverty-stricken. The judiciary is not independent, the courts are not impartial, property rights are not protected, and the military interferes in the law and politics of the country as demonstrated by the recent military coup which removed Robert Mugabe from power. South Africa would have to suffer many serious setbacks for it to descend to the depths suffered by Zimbabwe, many of whose good and hard-working people now live in South Africa.

My conclusion, therefore, is very clear. South Africa might go through some hard times, but it will not go the way of Zimbabwe.

Looking forward and pondering the aftermath of the coming 2019 general elections, it is foreseeable that a political realignment in parliament with some degree of parliamentary horse-trading will occur. Parties will bargain as to who will hold which ministerial (cabinet) positions in future coalitions. The indications are that political alignments will be finalised after the elections. That the governing party  fears that it might lose the two-thirds majority vote in parliament that it has enjoyed ever since the first, post-apartheid, democratic elections in 1994, is substantiated by the fact that it has supported the  expropriation motion This also indicates that the ANC has departed from the more moderate and principled policies of the Mandela and Mbeki presidential eras, when the ANC focussed more on a better future for all instead of narrow-minded opportunism and expediency to safeguard the positions of individual members and ensure a two-thirds majority come election time.

Given the daunting challenges that confront the country, obviously and without a doubt, the government would need to abandon the land expropriation resolution and retain the existing constitutional/legal protection of private property without which there cannot be a free market economy. Essentially, the government needs to reverse the interventions that have caused South Africa’s economic freedom ranking to decline from 46th to 95th between 2000 and 2015 as reflected in the 2017 Economic Freedom of the World Report. Government’s participation in economic activity and taxation should be substantially reduced and the labour laws eased to allow the 30% of the potential workforce that is currently unemployed (9.2 million people) to enter the labour market.

The land question is an important political issue. For 78 years black South Africans were prohibited from owning land in their own country. The harm caused by the decades-long prohibition cannot be erased. Questions that arise are “Are we responsible for the crimes committed by previous political regimes? If so, what do we do about it?” And, “If crimes were committed against our ancestors by previous political regimes, are we owed compensation, and if so, by whom?” Political manoeuvrings have turned these questions into a matter of race, but the problem can be solved. As one of the feasible alternatives to expropriation of land without compensation and concomitant with the FMF’s Khaya Lam (My Home) property titling initiative, the government could release to indigent families (on a means-tested, non-racial basis) government-owned land that it has acknowledged is superfluous. This could be implemented on a one-family-one-plot basis by the issue of unencumbered freehold title deeds to the landless.

In the final analysis, whether South Africa will go the way of Zimbabwe or not is about the battle between rhetoric that is anchored in ideological trappings and reality.

Temba A Nolutshungu is a Director of the Free Market Foundation

Note to the editor: This is an address delivered by Temba at the Atlas Network’s Global Policy Perspectives series conference in New York City in April