On June 4, 2018 the Zimbabwe National Army (ZNA) addressed a press conference in Harare during which they assured the nation of their non-involvement in the country’s political and electoral affairs. 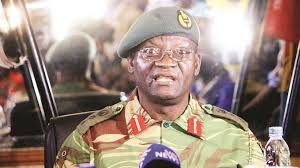 Army spokesperson, Colonel Overson Mugwisi in his address seemed to move away from previous sentiments by the late General Vitalis Zvinavashe that the army will not support anyone without liberation war credentials to lead the country saying that the military will abide by the country’s constitution.

He also dispelled reports of the army being deployed in rural areas to campaign for the ruling party, Zanu (PF).

Given the long history of the army’s involvement in politics, Zimbabweans can only take such assurances with a pinch of salt.

That the army and other institutions such as the Zimbabwe Republic Police (ZRP) and Central Intelligence Organization (CIO) have in the past, especially during election periods, acted as appendages of Zanu (PF) is a public secret.

Presidential Advisor, Christopher Mutsvangwa clearly testified to this in December 2017 when he publicly announced that the ruling party, in a bid to win the upcoming July 30 elections, will be campaigning with the assistance of the army.

To add on to this, Zanu (PF) Member of Parliament for Harare East, Terrence Mukupe in May 2018 declared that the army will block the ascendancy of the opposition to power even if they defeat the ruling party, Zanu (PF) in the upcoming 2018 elections.

It is also in the public domain that Zimbabwe has a history of bloodshed during election periods with the army being among the major perpetrators. The army played a major role in campaigning for Zanu (PF) during the 2008 elections and in the process, victimized opposition activists both in rural and urban areas.

To make matters worse, the current government, ushered in through a military coup, is led by former senior military personnel who were at the forefront of openly defying the constitution and campaigning for Zanu (PF) and in the process perpetrating violence against opposition activists countrywide.

These include the current Vice President, Rt General Constantine Chiwenga who in March 2008 threatened to overthrow the constitutional order in the event that the then Zanu (PF) leader, Robert Mugabe lost elections. In 2009, Chiwenga went on to declare that the opposition MDC-T, then led by the late Morgan Tsvangirai was foreign driven and would not be allowed to take over power.

Current Zanu (PF) Political Commissar, Rt Lt General Engelbert Rugeje in January 2012 described the then Prime Minister, Morgan Tsvangirai as a security and suggested that the army should step in to deal with him. In January 2018, Rugeje, while addressing Gutu villagers, warned to unleash violence in the event that Zanu (PF) loses elections.

Masvingo Minister of State, Josiah Hungwe in December 2016 publicly stated that Zanu (PF) would hire the army in order to safeguard their stay in power.

Given the above, the recent assurances from the army can best be described as mere politicking.

It has to noted as well that even during the bloody 2008 elections, in which the army played a major role, the nation had received assurances from the military and police that they were going to ensure peaceful polls yet they went on to perpetrate rights violations against opposition supporters.

On top of that, the current dispensation is a product of a military coup and it is justifiable to conclude that the army will continue on the same path of partisan politics by supporting the incumbent President, Emmerson Mnangagwa.

Given the fact that President Mnangagwa is a beneficiary of a military coup, it is quite clear that the army will most likely remain as one of his pillars of support and this has been evidenced by utterances from his lieutenants who have publicly exposed the role of the army in ensuring Zanu (PF’s) continued stay in power.

It is foolhardy to believe that the Zimbabwean military can be apolitical yet the so called “Operation Restore Legacy” of November 2017 which deposed former President, Robert Mugabe was as a result of internal fights within the ruling party, Zanu (PF) and at the time, General Chiwenga revealed that the army are stakeholders within the party hence their intervention to save the revolutionary party from collapse.

Chiwenga openly declared that the military would ‘step in’ if Zanu (PF) does not stop its alleged purging of war veterans and this is clear testimony to the fact that the army is more of an extension of Zanu (PF).

As we go forward, the proof of the pudding is in the eating.